The Ministry of Lands and Natural Resources (MLNR) and its partners will hold a three-day National Land Conference 2022 to create a common platform for state and non-state actors to dialogue on effective ways of transforming the land sector.

The conference slated for Tuesday, December 6 to Friday, December 9, 2022, would build on the efforts of government and development partners in the transformation of the land sector.

The conference on the theme: “Leveraging National Land Policy, Legislation and Institutional Capacity towards Sustainable Socio-Economic Development”, would also institutionalise a structured arrangement for multi-stakeholder participation in land administration.

Speaking in an interview with the GNA in Accra, Mr James Dadson, the Executive Secretary of the Lands Commission said President Nana Akufo-Addo would grace the occasion on Wednesday, December 7, 2022.

He said successive governments had sought to improve the country’s land administration regime through the introduction of numerous initiatives.

He also acknowledged the contribution of non-state actors to complement the government’s efforts of addressing the challenges in the country’s land administration.

Mr Dadson cited projects implemented by Non-governmental Organisations (NGOs) such as Solidaridad, GIZ, USAID, Rights and Resources Initiative (RRI), and COLANDEF, which had yielded some positive results and had contributed to improvements in the land sector.

Such results, she identified included the development of a Handbook for Customary Land Rights Documentation, piloting of customary land rights documentation, organization of an Africa Regional Consultative Workshop on Securing Land Tenure in Africa, and Analysis of the Social Inclusion Dimensions of Large Scale Land Acquisition, among many others.

He, however, observed some challenges in the land sector to include: weak land administration and management systems, multiple land sales, and compulsory acquisition by the government of large tracts of land unutilized and compensation unpaid, among others, which needed concerted efforts to be addressed.

“The management of other natural resources including timber, minerals, and water add to the challenges of securing land rights for sustainable socio-economic development”, he added.

He therefore, stressed the need for a more inclusive, strategic, and sustained multi-stakeholder approach to improve the administration of land and other natural resources and to restore many of the degraded lands in the country.

He explained that the success of the conference would also help advance the attainment of the United Nations Sustainable Development Goals (SDGs), including goal 15, which sought to “Protect, restore, and promote sustainable use of terrestrial ecosystems, sustainable forest management, combat desertification, and halt and reverse land degradation and halt biodiversity loss.”

He stated that the conference would also provide opportunity for the stakeholders to discuss and adopt innovative approaches and enabling technologies for improving land governance and land administration in the country.

He commended the Ministry of Lands and Natural Resources for their efforts in organizing the Conference. 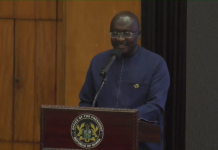 January 31, 2023
By: Rebecca Ekpe A Press release from the Ministry of Finance dated Tuesday, January 31, 2023 has indicated that the Government has extended the deadline...

January 31, 2023
The West Africa Democracy Solidarity (WADEMOS), a network of civil society organisations, has urged the Government of Nigeria to resist the temptation to abuse... 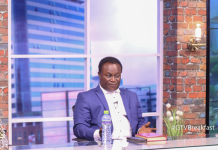 January 31, 2023
Lawyer and Historian, Anokye Frimpong has urged the government to charge GHC10,000 for Category A schools to generate more revenue to improve infrastructure development... 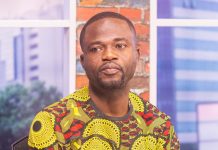 January 31, 2023
By: Emmanuel Oti Acheampong Investigative Journalist, Manasseh Azure Awuni has debunked claims by the Education Minister of Ghana, Dr. Yaw Osei Adutwum that he has... 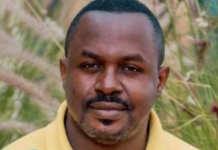 January 31, 2023
Ninety rights groups and civil society organizations from Africa have called for an independent investigation into the death of the Rwandan investigative journalist, John...