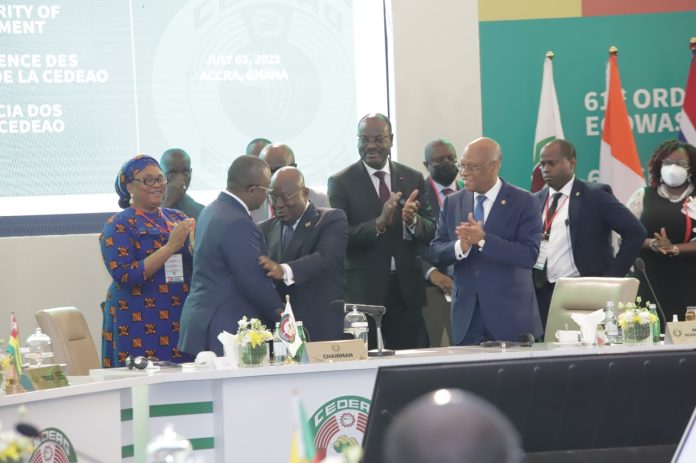 By: Bright NtramahThe President of Guinea-Bissau, Umaro Sissoco Embaló, has been elected as ECOWAS Chairman. He takes over from President Nana Akufo-Addo who has served for two terms since 2020.

This was announced at the end of the 61st ordinary session in Accra. 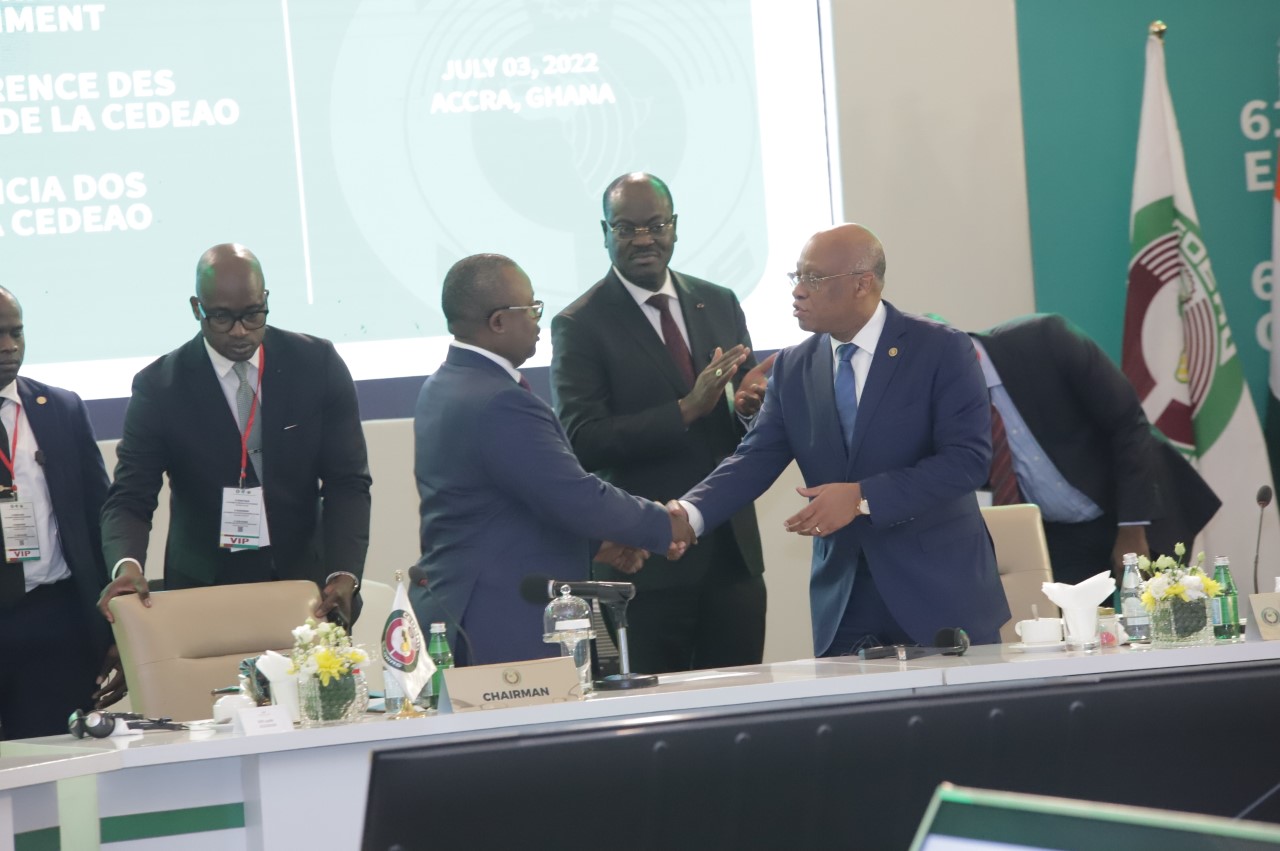 President Akufo-Addo assumed the Chairmanship of ECOWAS on September 7, 2020 in Niamey, Niger after Former President of Niger, Mahamadou Issoufou ended his tenure.

In June, 2021, the mandate of President Akufo-Addo was renewed for another year based on his sterling leadership and to complete ongoing institutional reforms geared towards the reduction of the number of statutory Appointees of the ECOWAS Commission from fifteen to seven and also streamline operational cost.

The summit among other things examined and took decisions on the political, security and humanitarian situations in the region.

It will  review the current state of affairs in Mali, Guinea and Burkina Faso suspended from the organization following the unconstitutional changes of Government in these three countries.

The Authority of Heads of State and Government of ECOWAS has announced the lifting of sanctions against the military junta in Mali. 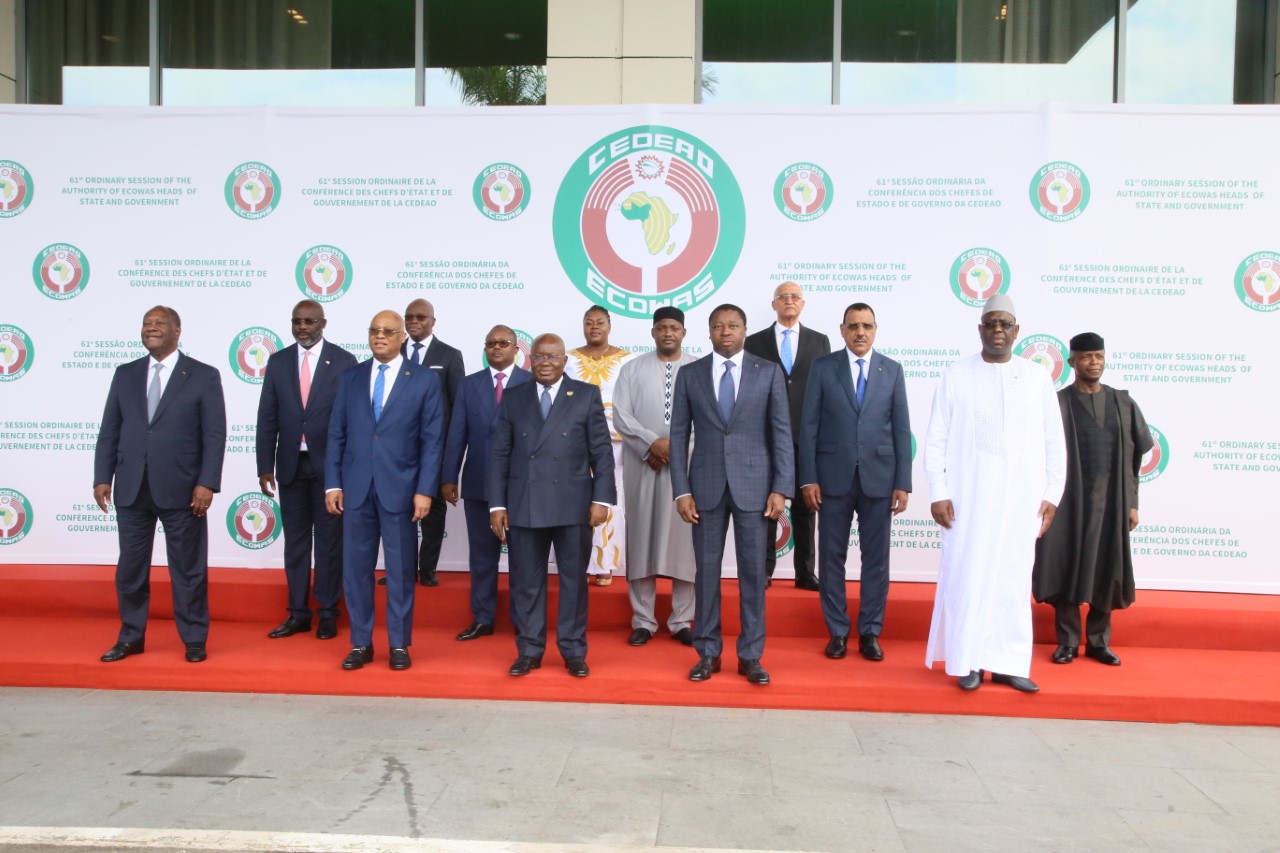 The West African leaders  in a meeting in  Accra, accepted a proposal by the Malian military to hold elections and return to civilian rule by March 2024.

The bloc had imposed crippling economic sanctions after army officers staged two coups in less than a year in August 2020 and May 2021.

It also accepted a two-year timetable for the restoration of democracy in Burkina Faso, but told Guinea, a third country which has witnessed a military takeover, it would face economic sanctions unless it could speed up its proposed three-year transition back to democracy.

The outgoing ECOWAS Chair, Nana Akufo-Addo introduced his successor. President Umaro Sissoco Embaló thanked his colleague heads of state for the confidence repose in him.

He promised to implement the ECOWAS protocols and make member states conformable.

President Akufo-Addo has called on colleague heads of state to work hard to attain food security by enhancing the performance of the Agriculture sector in the face of the Russia invasion of Ukraine. 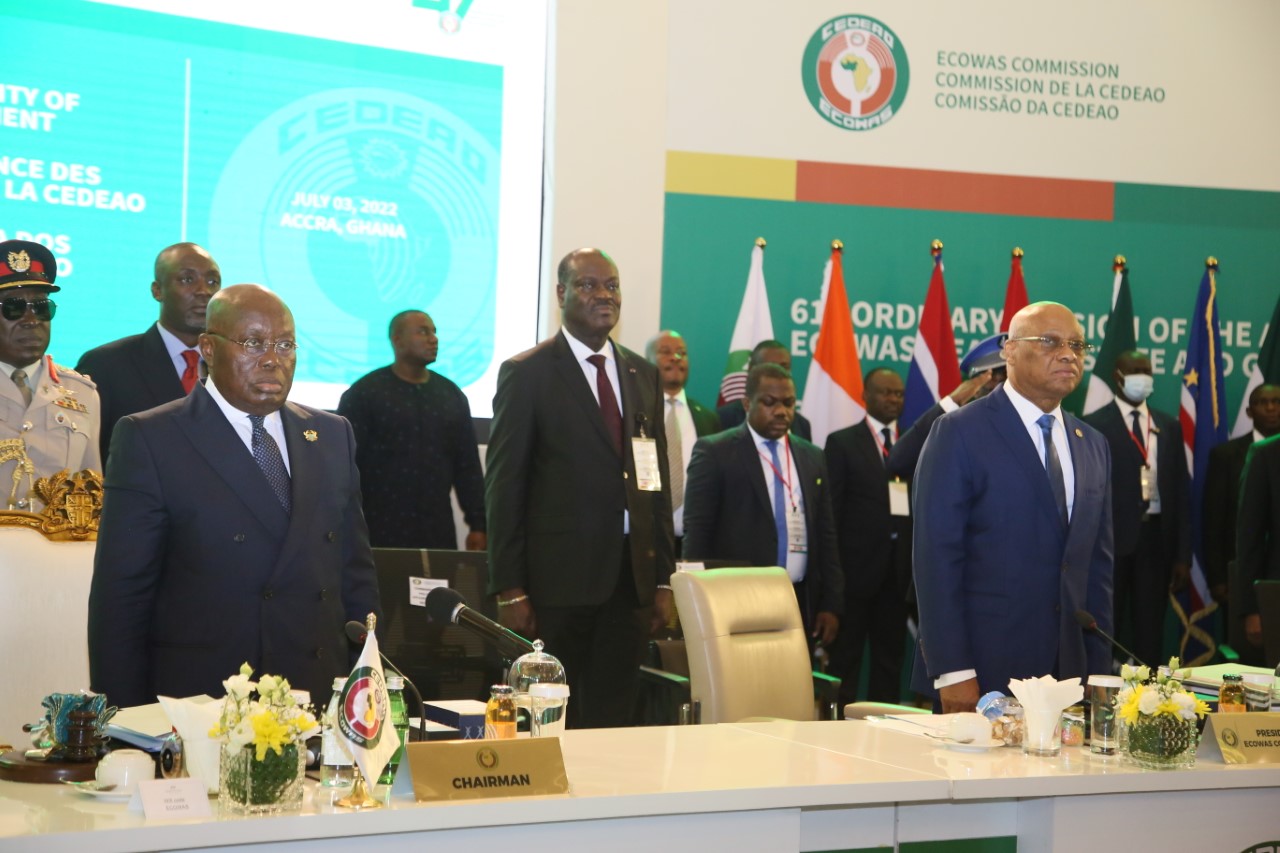 The outgoing chairman of ECOWAS who was speaking at the 61st Ordinary Session in Accra said the sub region will help suspended member states return to constitutional rule.

The President called on Member States to implement regional action plan against terrorism and reinforce collective response to these destabilising threats.

The outgoing ECOWAS Chair thanked member States for the their support during his tenure as the chairman of the sub regional body.

He pledged his unflinching support to ECOWAS and the new leaders appointed and called for collective efforts in ensuring food security within member states.

President Akufo-Addo said the COVID-19 Pandemic and the Russia Ukraine War has  contributed to rising food prices which is affecting ECOWAS countries. 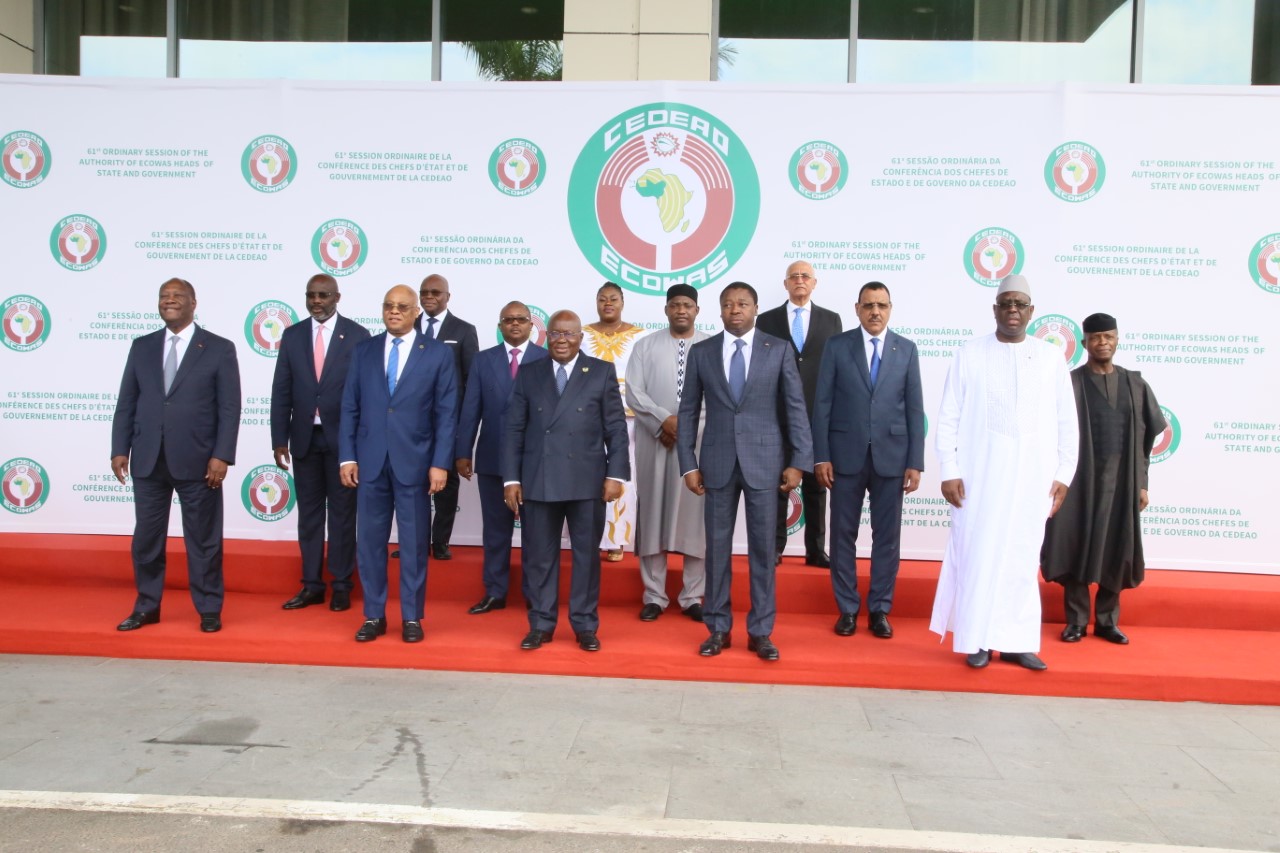