He accused the government of ignoring the task force’s advice and sometimes not asking for its opinion on Covid-19 matters, including on the reopening of bars and casinos which he said led to a rise in virus cases.

“I cannot be regarded as an accomplice in such unwise measures,” he said.

The former minister accused the government of politicising the work of the task force.

Health Minister Armindo Tiago says that he respects Mr Martins’ decision to leave and that the team will continue with its mandate. 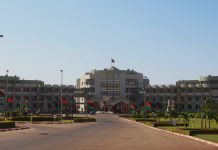