The United Nations has ordered the withdrawal of Gabon’s 450-strong Peacekeeping contingent from the Central African Republic over alleged sexual infractions, a scourge that has long tarnished UN interventions.

The UN said it has received 32 allegations of sexual exploitation against Gabonese soldiers in CAR. Gabon said it had opened an investigation into the allegations.

The Gabonese Defence Ministry said if the “alleged facts are proven, the perpetrators would be brought before the Military courts and judged with extreme rigor”.

Allegations of sexual crimes involving peacekeepers in CAR have been recurrent. 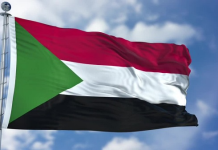 Youth in mining communities ‘schooled’ on rights and responsibilities