This year, 2022, marks the 70th Anniversary of the recruitment of the first female police officer in Ghana. Rosemond Asiama Nkansah, popularly known as Policewoman One (PW/1) together with 11 other women, were enlisted into the Gold Coast Police Force on September 1, 1952, as the leader at the age of 22. The recruitment of these gallant women into the then Ghana Police Force ended the discrimination of women by way of recruitment to serve their country as police officers.

History has it that even after this historic feat in the police force, there existed some negative measures and rules in the force which severely mitigated against the smooth rise of female police officers into senior officer positions. Such measures also thwarted their commitment and dedication to their service.

For example, females who got pregnant while in active service were not made to return to work after childbirth. They were not even allowed to marry or get pregnant; contrary to this directive, they were compelled to resign or were made to sign a bond to be of good behaviour after marriage, and their marriages were certified by the Regional or Circuit Police Commander if the husbands were civilians, something their male counterparts did not experience.

Rosemond Asiama Nkansah stood tall to fight for the rights of female police officers. Before her resignation, on May 16, 1958, she petitioned the government to allow police women to marry and have children and also to reinstate those who resigned for the purpose of raising families.

The petition was accepted, and the condition that prevented women from serving long on the force due to marriage and pregnancy was abolished.

After her resignation, she taught at St. John’s Grammar School from 1961 to 1964 as a professional teacher because of the certification she had before being enlisted in the Gold Coast Police Force. She joined the Ghana Broadcasting Corporation in 1965 and headed the school broadcasting programs for a year.

While serving in the police, Rosemond Asiamah and a colleague, Nana Lamptey, had the chance to guard the first president of Ghana, Dr. Kwame Nkrumah, during his visit to Liberia and were also assigned to deal with juvenile delinquency and the reduction of prostitution, assignments they accomplished with distinction.

Today, women have made their impression in the police service.

A female police officer does everything and anything in terms of operations, managerial, and command as their male counterparts. They are seen riding horses and bikes, driving trucks and buses, and doing protection and guarding duties.

Mention could be made of women police officers who have excelled in their fields of operations. Commissioner of Police, Maame Yaa Tiwaa Addo-Danquah the Executive Director, the Economic and Organised Crime Office (EOCO). She is the first female Commandant of the Ghana Police Command and Staff College (GPCSC) located in Winneba.

Juliet Appiah who is the first Ghana Police Service officer to be awarded a FIFA refereeing license.

The first woman to head the high-profile Intelligence Department of the Ghana Police Service, Deputy Commissioner of Police (DCOP) Faustina Agyeiwaa Kodua Andoh-Kwofie, who is currently the Director General of the Criminal Investigations Department (CID).

Phyllis Ama Tebuah Osei is a senior police officer who was adjudged the 2018 United Nations Female Police Officer of the Year Award, formerly known as the International Female Police Peacekeeper Award, in recognition of her service during the United Nations Somalia (UNSOM) Peacekeeping Mission.

The list of female police achievers is unending, but apart from Elizabeth Mills-Robertson, who acted as the Inspector General of Police from January 2009 to May 2009, a period of four months, no other woman has been given the opportunity by the politicians to head the nation’s Police Service.

Indications are that female police officers are under-represented just like other spheres of life. Currently, there are only three females on the 21-member Ghana Police Service Board. The issue may not be anything more than the usual men-take-all syndrome in our society.

For now and evermore, female policing has come a long way to be despised the support for female police officers is so crucial in transforming the Police Service. 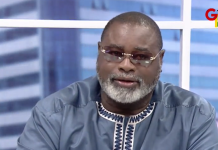