That sum was less than half the amount its predecessor made in China when it opened three years ago.

The sequel’s takings were inevitably affected by the coronavirus pandemic, which has shut cinemas in many places.

In the UK for example, only around a quarter of cinemas were open and in a position to screen it to their customers.

The film also did not open in the US, where its distributor Warner Bros plans to release it in cinemas on 25 December.

The Christmas Day roll-out will see the sequel made available simultaneously on the HBO Max streaming service.

Warner Bros will make the film available on Premium Video on Demand (PVOD) in the UK and Ireland from 13 January.

The company said it would do so “in recognition of varying current market restrictions and to service the massive fan interest”.

Chris Pine and Kristen Wiig also appear in the film, which currently has an 85% “fresh” rating on the Rotten Tomatoes site.

The original Wonder Woman, the first female-led superhero film to be directed by a woman, made more than $822m (£619m). 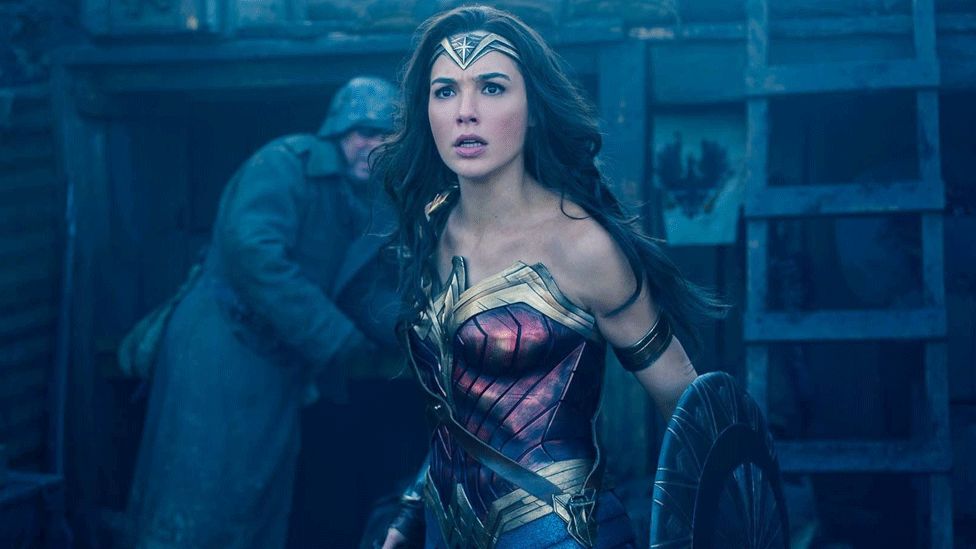 Wonder Woman 1984 is the first major studio title to reach cinemas since Tenet, another Warner Bros title, opened in August.

Tenet’s estimated budget is around $200m (£151m), but the studio would have spent at least that amount again on advertising.

Christopher Nolan’s science-fiction action thriller made its own debut on VOD and other home-viewing formats earlier this month.