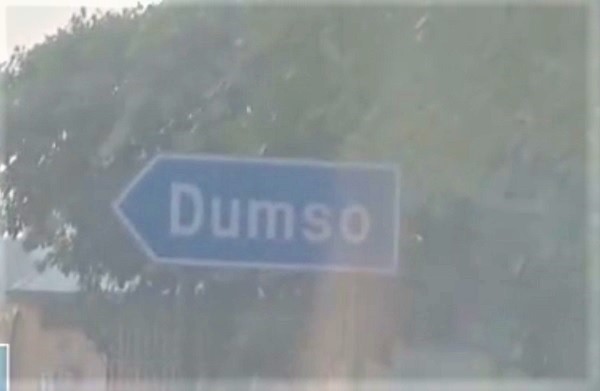 If there is one thing that towns or villages in Ghana have in common, it is the choice of interesting and sometimes, funny names. In Ghana, names of towns and villages are often given by the first family, person or group of people who settled in those communities.

In this feature, GBC’s Abdul-Hayi Moomen encounters villages and towns with interesting names on a journey through Jato Akuraa in the Bono region to Beposo in the Ashanti Region.

Our journey begins from Jato Akura in the Kintampo North Municipality. Here, persons with albinism, are informally referred to as “Jato”. “Kuraa” is a word that refers to a village in the local Gonja dialect here. It is believed that the first settler in this community was a person with albinism hence the name, “Jato Akuraa”.

Ghanaians recognise and accept regional boundaries as convenient instruments for administration, but traditional allegiance transcends regional boundaries and examples of these exist in all parts of the country. For instance, the land on the Kintampo-Buipe trunk road starting from Babatukuma is an integral part of the Gonja Traditional Area but in Bono Region.

This is where it gets even more interesting. Our next destination on this stretch of the journey is Kintampo. It is regarded as the center of Ghana. Our journey takes us to this little town, Nante. “Nante” is the Akan word for “walk”. The people here believe that their fore-fathers kept walking away from some wars from parts of the Ashanti Kingdom during the early days of colonialism, and settled in this little town.

At the peak of Ghana’s energy crisis in 2015, The term “dumso” was coined by satirical Ghanaians to represent the worsening power crisis that had plagued the country. However, the name of this village, Dumso has nothing to do with erratic power supply. Rather, according to an indigene, the name connotes forgiveness – with Dumso literally meaning “shut down hatred”.

Another town that caught our attention on our trip from Kintampo towards Techiman was “Beposo” which directly translates into English as “on top of the hill”. The indigenes tell our news team that their forefathers once won a battle by fighting the enemy from the top of a hill and that’s how the place became known as Beposo. 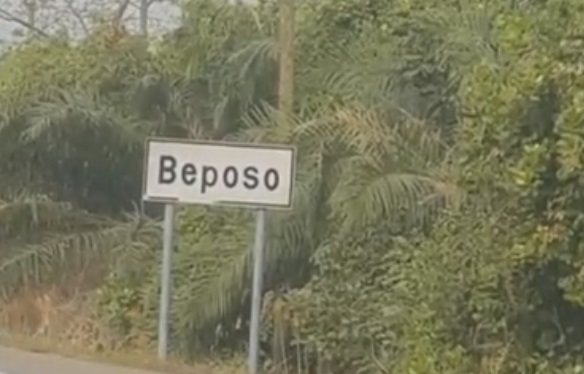 Interesting though our journey was, the sad reality facing the people of these communities include several road accidents that lead to the loss of several lives. Just a few kilometers away from our last destination, we witnessed this accident on the main Kintampo-Techiman Highway.

Names give character, tell stories and depending on what kind of name, can even give one a good, hearty laugh. If you know of any towns with interesting names, share with us on GBC’s various social media handles.