Latest results published by the Kenyan Independent Electoral and Boundaries Commission show that as of 8am, the opposition leader, Raila Odinga is leading the presidential race with 5.2 million votes as against 4.7 million votes won by the Deputy President, William Ruto.

Latest results released by the Kenyan Independent Electoral and Boundaries Commission indicte that opposition leader, Raila Odinga of Azimio has secured 5,221,866 votes, which is 51.78 percent of the ( 10, 084, 691) ten million and eighty four thousand, six hundred and ninety ones votes counted so far.

POLLING STATIONS YET TO DECLARE RESULTS

This implies that 14,567 polling stations are yet to have their results talied to end the tallying of votes for the August 9, 2022 elections in the East African Economic power house, Kenya.

The Independent Electoral and Boundaries Commission, IEBC says the number of electorates, who exercised their franchise during the August 9, 2022 were a little over 14 million.

REASONS FOR THE LOW TURNOUT

Analysts blamed the low turnout for the August 9, 2022 polls on economic hardships and corruption in the country that has discouraged the youth from engaging in the electoral process

The total number of registered voters for the Kenya 2022 was 22.1 million compared with the 19.6 million in 2017. This represents 2.5 million more than the number of voters registered for the 2017 elections by the IEBC.

However, only 39.84% of the total registered voters were youth.

Kenya is considered a country of the youth, with those under 35 years comprising 75% of the country’s 47.6 million population, according to the 2019 population and housing census.

The number of Kenyan voters aged between 18-35 who have registered to vote for the August polls has dropped by 5.27% compared to 2017. 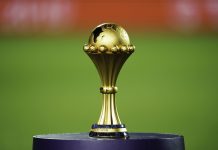 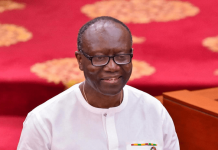 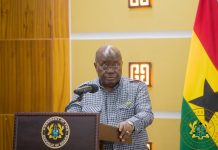 All Council Churches: President Akufo-Addo invited to Africa my Home, Africa my Continent