The suspension follows a recent occurrence between Mr. Opoku and a Nurse serving at the Manhyia Government Hospital in the Ashanti Region, which saw the Former Director communicate in a manner that was regarded unethical.

In a press release, signed by the Acting Director of Corporate Affairs, Mr. Ambrose Entsiwah Junior, the decision is to allow further investigations into the alleged verbal assault between the former Director and the Nurse at the Manhyia Government Hospital.

Also, a Committee comprising representatives from the National Service Scheme , the Public Service Commission and the Ministry of Education has been set up to investigate the matter and file its report to the Management of the NSS within one month. 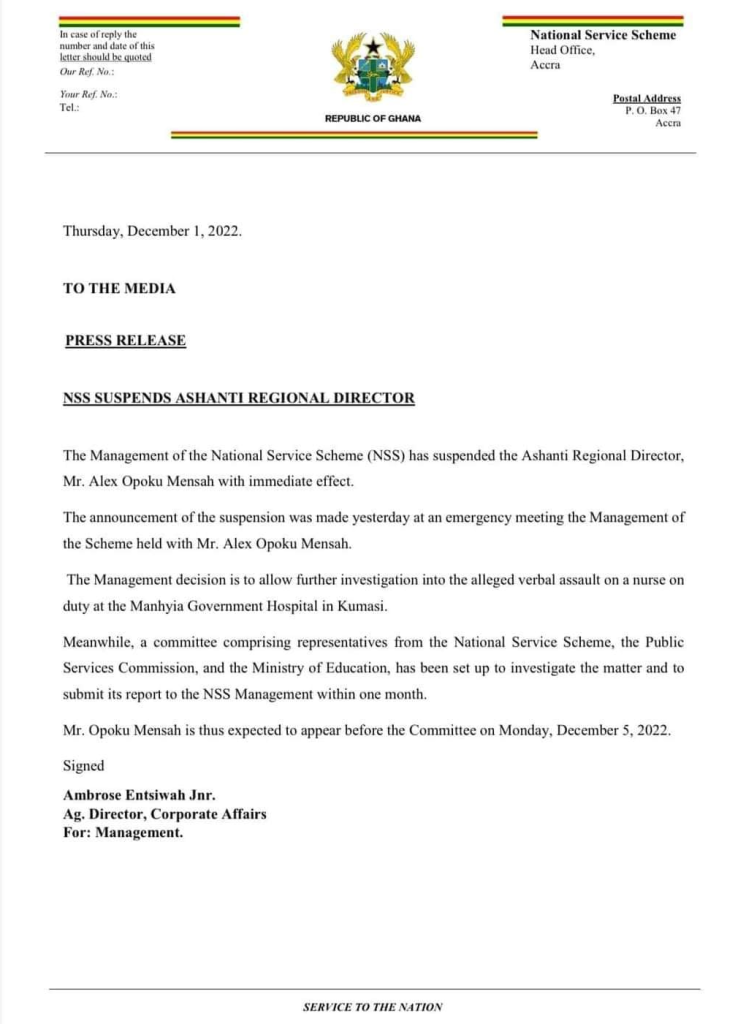