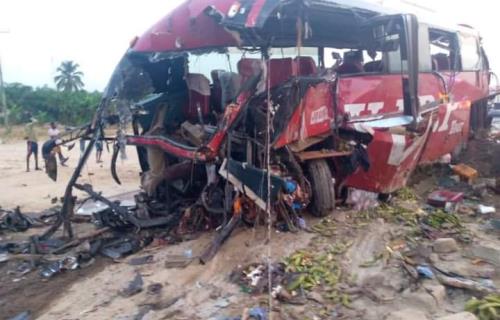 Sixteen people died on the spot in the early hours of Friday when two buses traveling in opposite directions of the Accra-Kumasi Highway crashed headlong.

The accident involved two Kia Grandbird buses with registration numbers GT 5629-19 and GE 5510-15, one of which was a VIP bus.

The dead, which included the driver and mate of the VIP bus, was made up of 13 males and three females.

According to the police, upon reaching a section of the highway at Akyem Asafo, the VIP bus driver encountered another Kia Grandbird bus that was heading towards Kumasi that had undertaken a wrongful overtaking.

Personnel from the Ghana National Fire Service and the Ambulance Service from Suhum, Kyebi, Bunso who responded to the accident conveyed the dead to the mortuary while the police directed traffic.

The bodies of the deceased have been deposited at Suhum Government Hospital mortuary for preservation, identification, and autopsy.

The injured were also sent to the Akyem Asafo Health Centre for treatment. 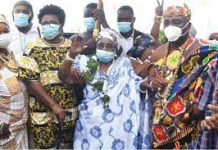 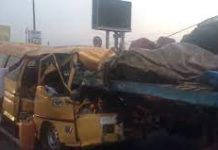 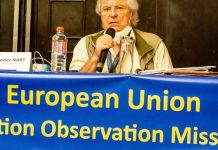 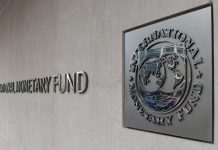 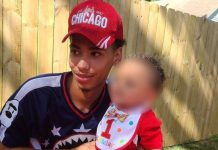 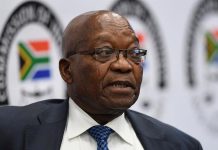 Depositors of closed down Microfinance companies to receive payments from today

CSOs urged to reinvent themselves to remain relevant