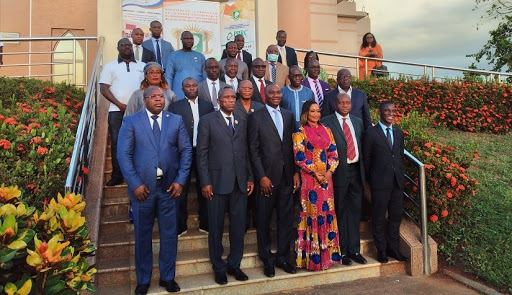 The Abosso Goldfields Limited (AGL), under the cocoa farmers support programme, has distributed agro inputs to 360 farmers from its nine host communities in the Prestea Huni-Valley Municipality of the Western Region.
Each farmer received six bags of fertilizers, 48 sachets of fungicides and two bottles of insecticides.
The General Manager of AGL, Mr. Michiel Van Der Merwe said in 2017 the Government decided to subsidise the price of fertilizers for cocoa farmers instead of distributing it to them freely.
He said in 2018 Gold Fields Ghana Foundation, Damang Mine, opted to support farmers who could not afford to purchase the subsidised fertilizers.
The first batch of 120 farmers from the Mine’s operational area were supplied with fertilizers annually for three years, Mr. Van Der Merwe said.
“In 2020, after three consecutive years of support, an impact assessment was undertaken and all farmers recorded an increase in their yield annually,’’ he said.
Mr. Van Der Merwe said an average acre of cocoa farm, prior to the intervention of Gold Fields Ghana Foundation, yielded between 10 and 12 bags of dried cocoa beans annually.
“After three years of constant application of fertilizers, the same acres gave the farmers more than 16 bags. An increase of more than 33 per cent. On average, the beneficiary reported seven per cent increase in their annual income,” he said.
“Gold Fields is also excited that almost a quarter of the beneficiaries are females and it is in line with our commitment to ensure female participation in all Gold Fields related activities.”
This year, he said, the first batch of farmers would exit the programme and the Mine was hopeful they would be able to purchase the fertilizers and other agro inputs because of the increase in their income.
Mr. Van Der Merwe said their exit would pave way for a new batch of 120 farmers to be enrolled onto the programme in 2021 for the next three years.
He expressed gratitude to the chiefs, queenmothers, assembly members, unit committees and youth representatives in the Mines catchment communities for the good working relationship the company was enjoying.
“We can certainly not do everything the communities would need, but we pledge to do our best in an honest and transparent manner,” he said.
To date 480 farmers with a combined farm size of 960 acres have so far benefited from the programme.
The Member of Parliament of Prestea Huni-Valley, Mr. Robert Wisdom Cudjoe commended AGL for recognising the importance of agriculture.
Nana Thomas Boakye, the Municipal Chief farmer, said through AGL’s cocoa farmers support programme, the Ghana Cocoa Board, in 2020, rated Huni-Valley as the district that harvested the most cocoa.
He appealed to other organisations in the area to emulate the goodwill gesture of AGL.