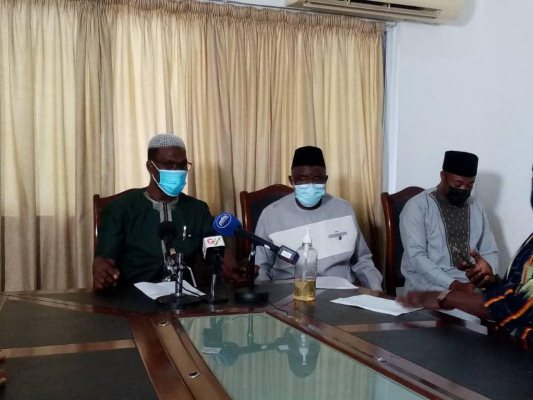 The Ahmadiyya Muslim Mission – Ghana is describing the actions of Ghana Statistical Service as a deliberate attempt to create division among the front and a way of reducing the numerical strength of Muslims.

At a news conference on Thursday, July 1, to address the issue of alleged wrong categorisation of Muslims in the ongoing population and housing census, the Deputy Ameer of the Ahmadiyya Muslim Mission, reading out a statement on behalf of the association said they have made attempts to draw the attention of the GSS to the wrong segregation of Muslims on the 2021 population and housing census questionnaire.

Yet the problem still exists creating a negative level of anxiety among Muslims.

He said the move by GSS categorised the Ahmadi Muslims as not part of the generality of Muslims in Ghana.

He says the Ahmadiyya Muslim Mission will ask its members and the generality of Muslims to be disinterested in the entire exercise if GSS fails to address their concerns.