President Akufo-Addo and the President of Mozambique Felipe Jacinto Nyusi were at the African Continental Free Trade Area Secretariat to discuss issues of concern that will improve Intra-African trade.

President Akufo-Addo impressed on member countries to ratify the AfCFTA to bring the needed development to the continent.

President Nyusi in a remark pledged Mozambique’s readiness to support efforts to bring the needed change in Africa as his visit to the Secretariat gives further details on activities that will help spur growth in Africa. 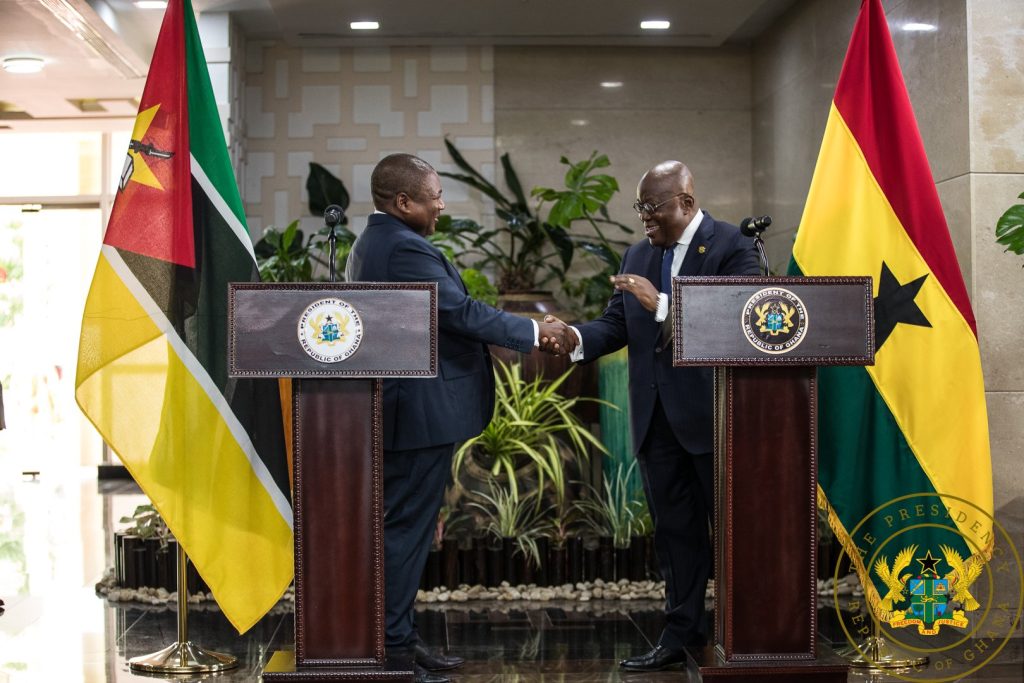 The African Continental Free Trade Area (AfCFTA) Agreement entered into force on 30 May 2019 for the 24 countries that had deposited their instruments of ratification with the African Union Commission (AUC) Chairperson.

Currently, 43 countries have given their consent to the agreement. Mozambique which is yet to sign on to the agreement has pledged to do so by the end of the year. President Akufo-Addo entreated other countries who are yet to come on board, to ratify the agreement to improve intra-African trade. He said AfCFTA holds a lot of prospects for the Continent.

Secretary-General of AfCFTA Wamkele Mene in a remark welcoming President Nyusi to the Secretariat, outlined the numerous benefits of AfCFTA while announcing some initiatives put in place for member countries.

Rihanna is ‘super close’ to finishing her new album