Alhaji Mashood Mohammed from Mion District in the Northern Region has been adjudged the 2021 National Best Farmer at the 37th National farmers Day held in Cape Coast in the Central Region.

He received GHC 600,000, GHC 500,000 in Insurance Cover.The first Runner-up was SulemanaYidana from East Mamprusi District in the North East Region. He received a Tractor and GHC 300,000 worth of Insurance. Rev. Samuel Sidah from Asutifi-North District of the Ahafo Region placed third. He went home with a Nissan Pick-up Truck and 200,000 Insurance Cover.

President Akufo-Addo in an address announced the construction of more WareHouses to take in expected increase in production of grains to reduce post-harvest losses.

President Akufo-Addo also said Cabinet has given approval for the recruitment of an additional 1,100 Veterinary Officers to augment the number of officers currently available.

“Government will procure a Research Vessel and four Patrol Boats for the fisheries sector,” according to President Akufo Addo.

Also, a new Fisheries Act is in the offing to help address lapses in the current Act.

President Akufo Addo announced that subsidized loans will be provided to Agro businesses and Farmers to expand Poultry Production.

The Minister for Agriculture, Dr. Owusu Afriyie-Akoto said the Government is building a robust, resilient and equitable system which can withstand shocks in the Agricultural Sector. He said in spite of the major contribution of farmers and fishers to National Development, there is no doubt that Agriculture is confronted today by many challenges. He mentioned climate change, the Covid -19 Pandemic and frequent outbreaks of Animal Diseases as challenges that constantly threaten National Food Security as well as undermine the effort of the Government to advance its transformational agenda.

The Minister of Fisheries and Aquaculture Development, Madam Hawa Koomson, said from next year the Ministry will institute the National Fish Festival to commemorate International Fisheries Day as done in other jurisdictions.

The celebration she said will give the platform the opportunity to showcase the sector. Madam Koomson said efforts are being intensified to curb illegal fishing activities to improve productivity. ”The Ministry will suspend the supply of premix fuel to landing beaches whose artisanal fishermen violate fishing laws in the country,” according to Hawa Koomson.

The Regional Minister Justina Marigold Assan said the Government has embarked on several Interventions and Programmes to support the Agriculture Sector to improve income and raise the living standard of farmers and fishers in the region. 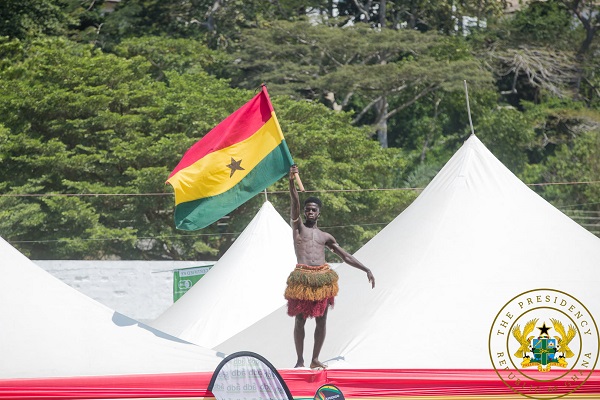 ”Despite the numerous challenges of farmers and fishers in the country, massive progress is being made to change the plight of farmers”.