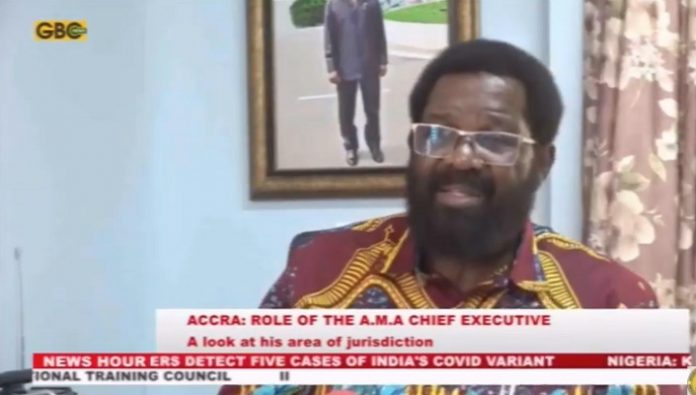 The assumption is that the responsibilities and duties of the Chief Executive of the Accra Metropolitan Assembly (AMA), include maintaining public order, security and health in the entire region of Accra.

That was then, but today the jurisdiction is different.

In an exclusive interview with a Former AMA Chief Executive, Mr. Alfred Vanderpuije, GBC news learnt that the current Chief Executive of the Accra Metropolitan Assembly, has only three constituencies he presides over in the country’s capital, Accra.

The jurisdiction of the chief executive of the Accra Metropolitan Assembly, who is erroneously called the Accra mayor currently does not cover the entire Greater Accra region as it used to be.

He said he sympathises with the current AMA boss because the AMA does not have the resources to meet the expectations of Ghanaians since the assembly is handicapped.

The creation of the new districts according to Mr. Okoh Vanderpuije has taken away a lot from the capital. This was his advice to the current Chief Executive of the AMA from someone who once occupied the same office.

Mr. Okoh Vanderpuije popularly called ‘Tsenstre’ said the onus lies on the Greater Accra Regional Minister to execute what the public expects from the AMA boss.

Kenyan governor and his children in court over graft