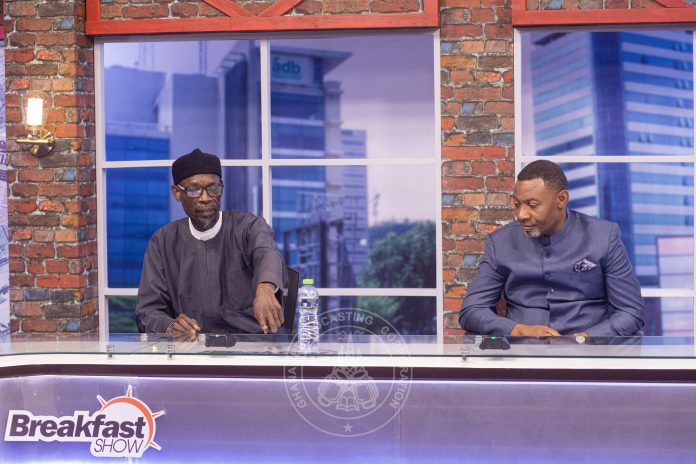 Founder and President of the Worldwide Miracle Outreach and an International Evangelist, Dr. Lawrence Tetteh; and the Spokesperson for the National Chief Imam, Sheikh Aremeyaw Shaibu, have disagreed with the purported armed demonstration that is being planned for 4th June 2022 by some citizens of the Republic.

The Religious Leaders made their point on GTV’s Breakfast Show on June 2, 2022.

According to Sheikh Aremeyaw Shaibu, if they intend to stage a demonstration with ammunition, they should stop because that could create a state of instability in Ghana, insurgency, and also treasonable things in the Nation.

“I want to tell any Politician, I’m sure no Politician is encouraging that across the parties. Stay safe and keep on the fight, meaning use wisdom.”

Citing an example, he stated: “In Uganda, if you are an opposition leader you are beaten and put behind a pickup truck.” He added that people can express disagreement with some assertions by the President or Vice President as well as the government in power, but one should not take it personally and turn it into hatred where one would want to create an atmosphere of insurrection.

Dr. Lawrence Tetteh also said: “sometimes young men get so psyched up and make statements without thinking and I keep saying emotions have no intent. We should be able to make statements that will not undermine the very things we are doing. They are demonstrating because they are not happy with something, but if you are going to do it in violence, that will be a crash which we don’t want in Ghana. Let us try to do things within the confinement of the law by seeking police permission.”

“I am happy that our young men and women are going on demonstration, it is part of democracy but violence is not acceptable,” he concluded.

In a statement posted on their Facebook page, the Ghana Police Service on Wednesday, June 1, 2022, said it had received notification from the above-mentioned organizers of the intended demonstration on Sunday, May 29, 2022.