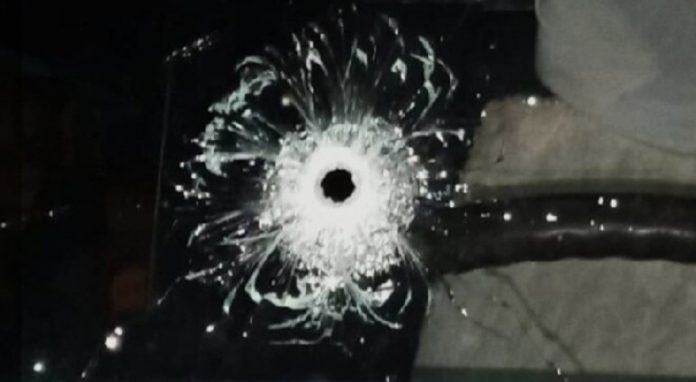 A journalist has been shot to death by suspected armed robbers on the Tamale – Buipe road in the Savannah Region.

According to the Northern Regional Police Command, the incident occurred around the Mpaha Junction on Monday, August 23, 2021at about 7pm.

A statement signed by the Officer in Charge in Buipe, Chief Inspector George Gyasi and addressed to the Coroner in Tamale indicated that Police Officers rushed to the scene, but the robbers had fled through the bush before their arrival.

The victims, Umaru Abdul Hakim and Talaay Ahmed were met at the scene with gunshot wounds. They were traveling on board a Toyota Hiace vehicle with registration number GT 7405 -16.

On reaching a section of the road, not far from the Mpaha Junction, a number of armed men suddenly emerged from the bush and opened fire on them, deflating their tires in the process, and forcing the vehicle to stop.

Some of the bullets penetrated the vehicle and hit the two victims. The armed men then robbed them of their mobile phones and an unspecified amount of money and fled.

The victims were rushed to the Buipe Polyclinic for treatment and were later transferred to the Tamale Teaching Hospital for further treatment but upon arrival, victim Taalay Ahmed, a journalist who was on assignment in Ghana, from the London-based Television Channel MTA International was pronounced dead.

His body was deposited at the Tamale Teaching Hospital Mortuary for preservation and autopsy.