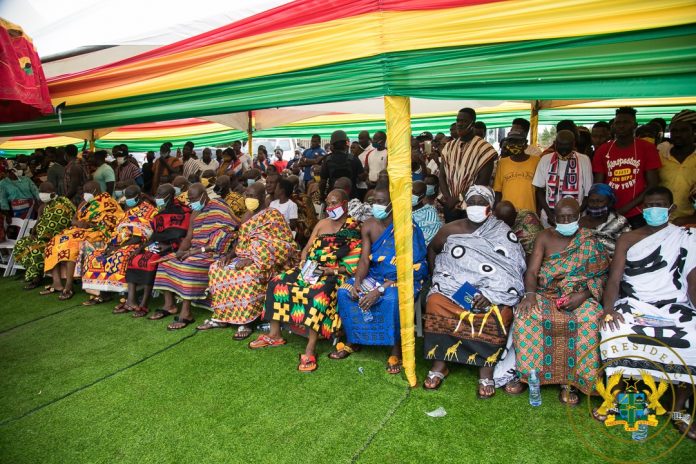 A Justice of the Court of Appeal, Justice Dennis Adjei has asked chiefs to strictly limit their judicial functions to matters affecting chieftaincy as defined by the Chieftaincy Act, Act 759.

The programme organized by the National House of Chiefs aimed at educating and equipping members to understand their judicial functions as spelt out by the Chieftaincy Act. A Justice of the Court of Appeal, Justice Dennis Adjei took the chiefs through the laws of the land as created by the constitution, the creation of the courts, the judicial power of Ghana as vested in the constitution as well as other delegated roles.

He enlightened them on the establishment of Judicial committees as part of the lower courts and the judicial powers of the chiefs who presided. They are therefore enjoined by law to operate within the jurisdiction by the fact that they were created as a lower court and cannot exercise any other jurisdiction not assigned them.

Justice Adjei said the committee has define roles and must do well to operate within the confines of their powers. He mentioned in particular land-related issues which must not be handled by the Judicial Committee. Justice Adjei advised that as members of the committee, they are expected to be accountable, deliver judgement expeditiously, and also their judgements should be based on research and well written.

A member of the Judicial Committee Osagyefo Kwame Akonu, who is also the paramount chief of Enyan Abase in the Central Region said, chieftaincy disputes still remain a threat to stability, peace and development in Ghana. He, therefore, asked people with issues on chieftaincy to resort to amicable settlements instead of proceeding to no the law court.

The President of the House, Ogyeahoho Yaw Gyebi in a remark, said the programme to train the members on their judicial role is in fulfilment of the promise he made before his election as President. He said the training will be extended to other subcommittees. The members were also educated on how to write acceptable judgements by a Supervising High Court Judge, in Kumasi, Justice Kofi Akrowia.

Chiefs and people of Wa East call for immediate withdrawal of...