Cocoa farmers within the Prestea-Huni Municipality are witnessing increased yield and incomes following the intervention of Abosso Goldfields Limited, AGL through its Cocoa Farmers Support Programme.

The initiative, which began in 2018 by the Goldfields Ghana Foundation, supports 120 Cocoa farmers annually within the catchment area of the mine with farm inputs.
The objective is to boost cocoa production of beneficiary farmers by at least three (3) percent, help sustain employment in the area of cocoa production and establish the fact that mining can co-exist with farming.

This the company does in consultation with the Damang Mine Consultative Farmers’ Association, DMCFA in line with its Social Corporate Responsibility.

At a durbar at Huni Valley in the Prestea-Huni Valley Municipality to present the inputs to the farmers, Mrs Catherine Kuupol Kuutor, the Acting General Manager of AGL, said the Foundation is this year investing $80 in the program, thus bringing total invest into the Cocoa Farmers Support Programme to $265,000.

She indicated, “since the inception of the programme, 600 host community cocoa farmers with a combined farm size of 1200 acres have benefitted from the programme.

Each beneficiary farmer receives support for three (3) consecutive years before exiting the programme.

The second batch of beneficiaries selected in the year 2019 exited last year. This has made room for an addition of a new batch of 120 farmers this year”.

“This year, despite the global challenges with supply of agrochemicals, the Foundation in consultation with the leadership of the DMCFA is providing Green OK cocoa fertilizers, Akate Power insecticides and mist blower machines to the farmers,” she said. 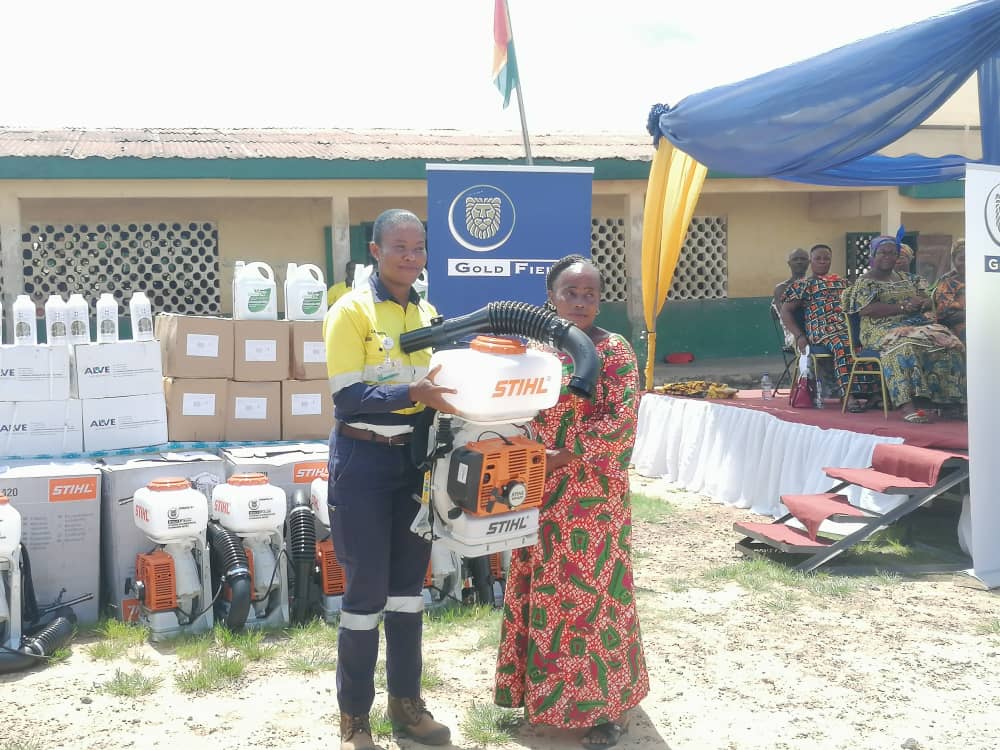 Mrs Kuupol Kuutor indicated that, each of our nine (9) catchment communities will receive a minimum of six (6) machines to be used by all cocoa farmers within the community and not just those who are beneficiaries of the programme.

This approach is to encourage co-operative farming and farmers’ interdependence for technical knowledge. The AGL acting General Manager was happy that thirty-six (36) of this year’s beneficiaries are women, saying “this goes to support the Sustainable Development Goal 5 – achieve gender equality and empower all women and girls”.

Meanwhile, a detailed user agreement is being prepared under the guidance of the District Office of the Cocoa Health & Extension Division of COCOBOD to manage the mist blowers. 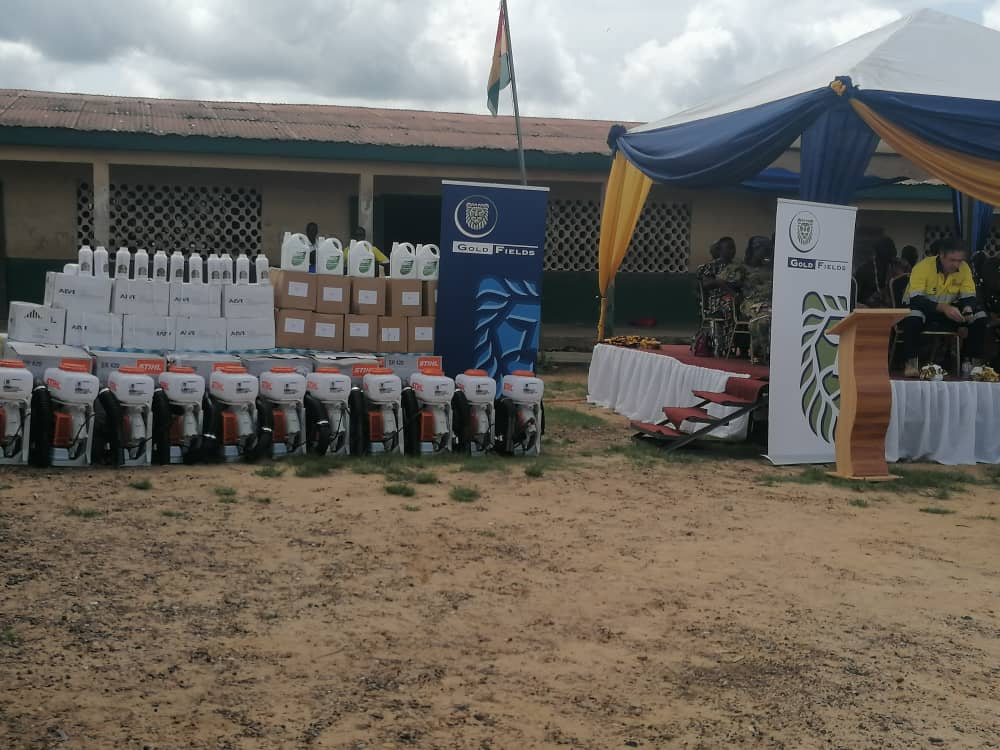 This will be modelled after the government’s mass spraying and spraying gang structure to ensure proper use and maintenance of the machines.

Nana Boakyi, the Chief Farmer for the Prestea-Huni Municipality commended AGL for the intervention, saying, “it has transformed our lives as cocoa farmers”.

He however called for the expansion of the scheme to bring more farmers on board.

Nana Takyi also appealed to other corporate entities to emulate the example of AGL by helping farmers in their operational areas.

Dr Isaac Dasmani, the Prestea-Huni Valley Municipal Chief Executive lauded AGL for impacting the lives of the people in the municipality.

According to him, the company has been a good corporate citizen and encouraged to do more as it collaborates with the Assembly in its development agenda.

COVID-19: We don’t want schools to shut down- Parents