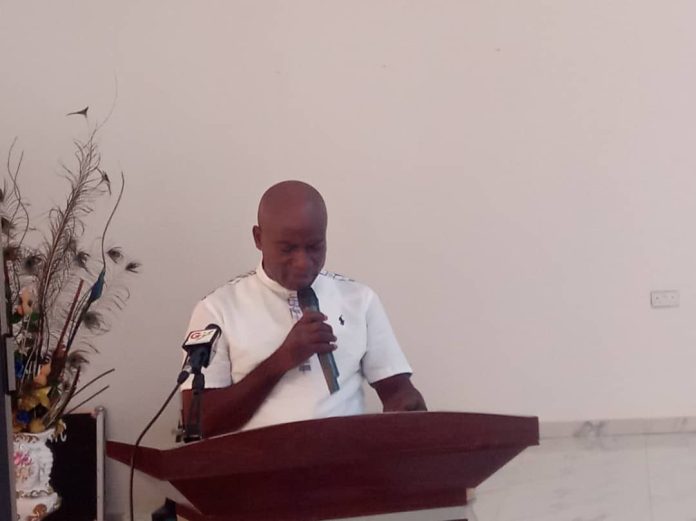 The Upper West Regional Minister, Dr Hafiz Bin Salih says key government’s flagship initiatives and interventions, specifically, the Planting for Food and Jobs, Planting for Export and Rural Development Programme as well as Green Ghana Project, are all at risk of failing due to their susceptibility to bushfires and related problems.

To this end, it is imperative for the government and all those in governance, agriculture, and climate change and food security value chains to work together as collaborators to ensure the adoption of a coordinated plan to deal with bushfires.

Dr Bin Salih made the observation in an address delivered for him by a Deputy Director at the Upper West Regional Coordinating Council, Dennis Manance Bayou at a Stakeholder Dialogue on Bushfire Management in Jirapa.

Mr. Bayou talked about the agricultural potential of Upper West: “Out of the total land area of 18,476 sq. km, it is estimated that about 70% of the region’s land is arable and predominantly, agrarian with about 80% of the economically active population engaged in agriculture production and processing.

Mr. Bayou indicated that apart from bush burning, human activities such as, tree felling for fuel, sand and gravel winning and of late, small-scale mining continue to pose a serious threat to the economic life of the region.

These, coupled with poor farming practices such as slash and burn, shifting cultivation, and farming along the banks of rivers and other water bodies have led to the loss of vegetation cover, soil erosion, and reduction in soil fertility, desertification, and loss of wildlife.

The Upper West Regional Coordinating Council has noted with concern, in recent times, the high rate of bushfires in the region, a major food basket of the country. If this trend continues, it will lead to economic hardship and food shortage in the country. It will have dire consequences on food pricing and general economic conditions due to the cross-cutting effects of bushfires.

He announced that from January to October 2020 alone, 153 fire cases were recorded in the region with one death. The damage caused by the fire within the period was valued at GH₵939,611.00 while the Ghana National Fire Service (GNFS) saved property worth GH₵1,115,700.00.

Mr. Bayou stated that “Ghana must join the rest of the world in the transition to a green economy, which is key in achieving the sustainable development goals and this is heavily reliant on our ability to safeguard agricultural lands, crops, livestock, and human lives from damage from bushfires.”

“The resource base for socio-economic development of Ghana is heavily reliant on the environment, more so, for the Upper West region due to its location and proximity to the Sahara Desert, ” he observed.

The Deputy Project Manager of EU-REACH and Representative of Bushfire Management Alliance (BMA), Simon Kunyangna stated that much as perennial bushfires have been with us over a long period of time, it has become obvious that their negative impact on human life and property, on water resources, and the survival of flora and fauna populations is huge and growing.

Over the years, socio-cultural and inappropriate agricultural practices have sustained the practice of bush burning which has led to the far-reaching consequences reflected in food insecurity and deteriorating livelihoods.

He expressed the fear that the universal call to action by the Sustainable Development Goals (SDGs) to end poverty, protect the planet and ensure that all people enjoy peace and prosperity by 2030, will remain a mirage, particularly in the Sudan and Guinea Savannahs, if practical steps are not taken to end or significantly reduce the incidence of perennial bush burning.

Mr. Kunyangna dilated on the Bushfire Management Alliance’s efforts towards the adoption of smart-climate agriculture.

He stated: “Bushfire Management Alliance is currently focused on promoting regenerative and sustainable agriculture, climate resilience and sustainable livelihoods. With your support, we hope our intervention will translate into the adoption of good agricultural practices or climate-smart agriculture such as Conservation Agriculture and Agro-forestry which thrive best in a minimum to no burn environment.”

The Upper West Regional Director of Agriculture, Emmanuel Sasu-Yeboah noted that conventional farming practices such as continuous use of inappropriate tillage implements, deforestation through lumber exploitation and charcoal burning as well as bush burning contributes significantly to climate change with its associated effects.

“This way of farming is unsustainable and has resulted in floods, soil erosion, loss of soil fertility, prolonged dry spells during the farming season, rural migration, poverty and social conflict”, he observed.

The President of Millar Institute for Trans-disciplinary and Development Studies (MITDS), Prof. David Millar made a presentation on “Causes and Effects of Bushfires with Focus on Conservation Agriculture”.

He pointed out that there should not be any resistance to conservation agriculture, saying “it is a local knowledge of farmers that has been repackaged and brought back”.
The current membership of the Bushfire Management Alliance (BMA) is four. Two of the members are projects of the European Union Ghana Agriculture Programme (EU-GAP) namely: Resilience Against Climate Change (REACH) and Market-Oriented Agriculture Programme (MOAP). The other two are: Ghana Agriculture Sector Investment Programme (GASIP), and Training and Extension for Conservation Agriculture in the Savannahs (TECAS).

Centre for Indigenous Knowledge and Organizational Development (CIKOD) made a presentation on “Evidence of Successful Bushfire Management across Africa and Ghana, the Case of Goziiri” whilst a representative of BMA, Emmanuel Braimah dwelt on “Comprehensive Bushfire Strategy and Action Plan”.

He said: “The Regional House of Chiefs considers this forum very significant as it seeks to provide useful insights in managing bushfires, re-activate the fight towards bushfire management and support stakeholders to play their role in that fight.”

The event spearheaded by BMA with sponsorship from EU-REACH Project was themed “Effective Bushfire Management for Improved Agriculture Outcomes in Ghana”. 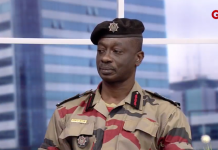 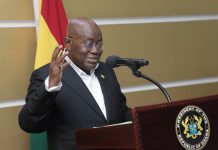