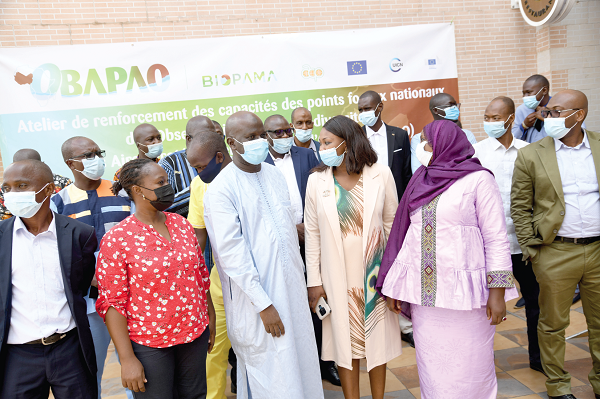 The Director of the Regional Maritime Centre, Professor George Wiafe, has stressed the need for the country to acquire an enhanced fishing research vessel for fishery management to ensure the long-term conservation of its water and marine stock.

He said even though fish constituted a substantial portion of the diet and was, therefore, essential for livelihoods, illegal fishing, climate change and other human activities continued to pose a serious threat to the nation’s fish stock.

Prof. Wiafe said it was for that reason that a research vessel was needed to help reduce the excessive pressure on the marine stock and its dwindling fortunes in the country.

He was speaking at a meeting in Accra of West African experts in biodiversity who are brainstorming on information systems and other existing database tools of biodiversity and protected area management in the sub-region.

The five-day workshop, which began last Monday, is being organised by the Biodiversity and Protected Areas Management (BIOPAMA) programme.

Ghana currently imports over 60 per cent of its annual fish consumption of over 950,000 tonnes. In 2016, it imported $135 million worth of fish because of a reduction of fish in the sea and other water bodies.

Prof. Wiafe attributed the situation to the lack of an enhanced system for monitoring Ghana’s coastal environment. He said the current research vessel at the Ministry of Fisheries and Aquaculture became unworthy for sea in 1995.

“For a coastal state like Ghana, we have a huge advantage over many countries which are without a coast. We have the land and we have the sea and so we do not have a reason to be poor if we take advantage of these resources,” he said.

A research vessel is a ship or boat designed to carry out research at sea. It plays a number of roles that can be combined into a single vessel, but other roles require dedicated vessels.

In 2017, the government hinted of plans to acquire a research vessel to probe the country’s water bodies to find the amount of fish species in them.

Named the Dr Fridtof Nansen Research Vessel, it was expected to dock in the country on September 13, 2017, and inaugurated on September 14, the same year
However, till date, Ghana does not have any advanced research vessel.

The programme officer for infrastructure and sustainable development at the European Union Office in Ghana, Ms Susana Martins, said the workshop would also create the opportunity for participants to exchange information and contacts to share experiences and best practices in the fishing sector.

She said besides strengthening data and information management, the programme would also improve knowledge and increase capacity for planning and decision-making in the field of biodiversity.

Experts divided over some Government Policies in 2021

All set for reopening of Kotoka International Airport to traffic