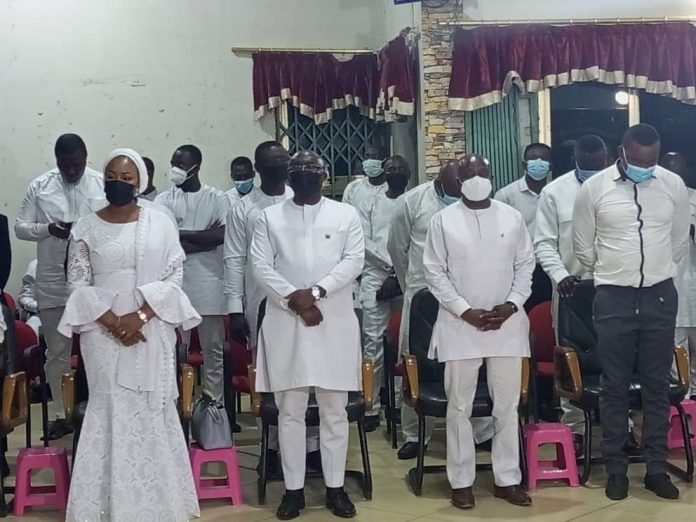 Vice President Dr. Mahamudu Bawumia says the negative impact of Covid-19 on the world’s economy has been worse since 1930.

This, he noted, among other things, has led to the escalating food prices the world over.

He said Ghanaians must however be grateful to God that market prices of food in Ghana have not been that bad.

Dr. Bawumia made the observation in the Ashanti region while addressing worshippers of different churches during the 2021 Watch Night Services. 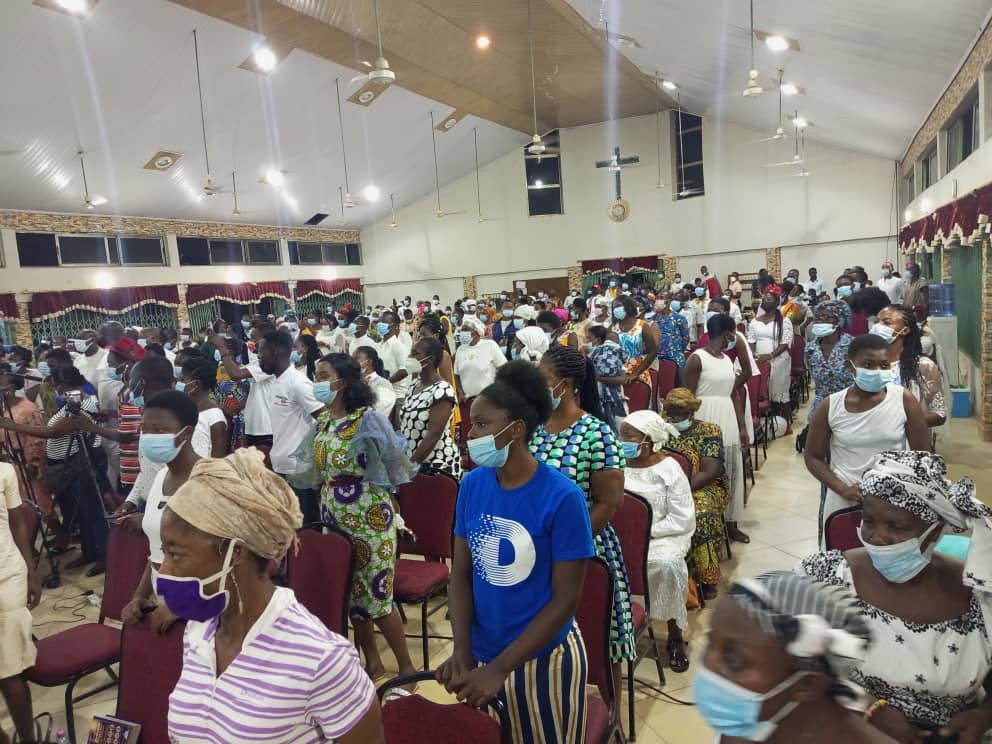 The Vice President joined congregants at the Ebenezer Methodist Church at Breman, St. Peter’s Cathedral and Safo Memorial Temple of the Church of Pentecost to thank God for a peaceful 2021 and also pray for a successful new year.

Dr. Mahamudu Bawumia noted that Ghana is currently ranked the 2nd Most Peaceful nation in Africa and the Most Peaceful in West Africa by dint of religious tolerance and peaceful co-existence over the years.

He urged that this feat be sustained by all in the ensuing years. 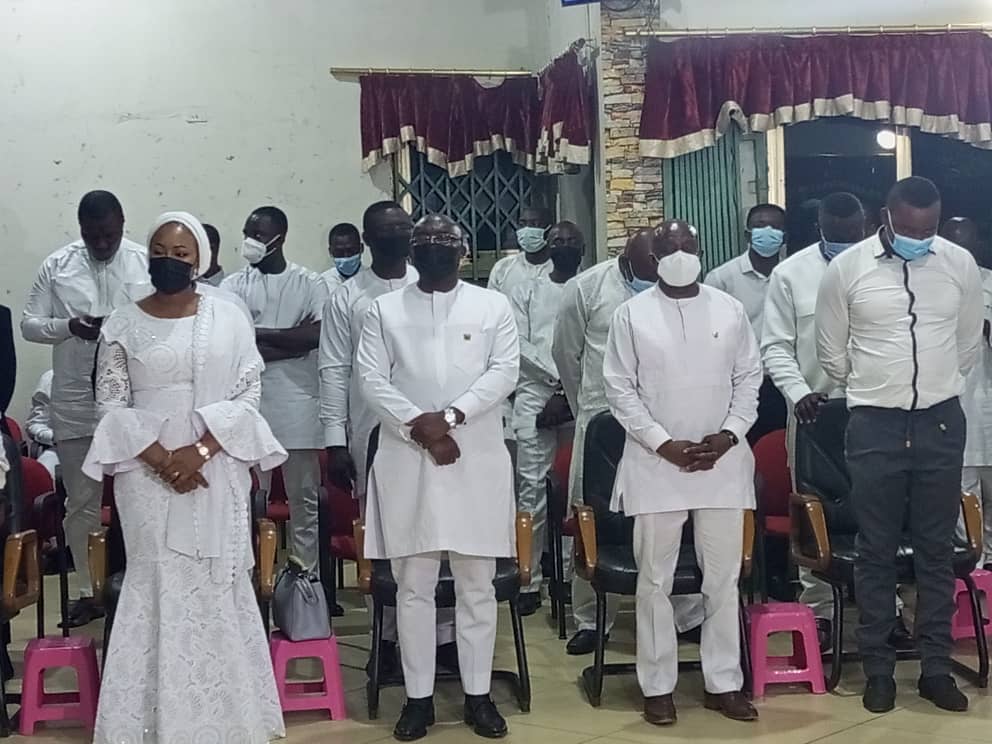 Vice President Dr. Mahamudu Bawumia was accompanied by his wife, Samira Bawumia, the Ashanti Regional Minister, Simon Osei Mensah, the Minister for Parliamentary Affairs and Majority Leader in Parliament, Osei Kyei Mensah Bonsu, a host of MPs from Ashanti and other regions, some MMDCEs in Ashanti as well as NPP functionaries from the Constituencies and region.

He first worshipped with the Ebenezer Methodist Church at Breman in the Suame Municipality where the Breman Circuit Minister of the Methodist Church Ghana, Very Benjamin Ansong, led the congregation to intercede for national peace and development as well as for divine wisdom and direction for the President and Vice President.

At the St. Peter’s Cathedral Basilica in Kumasi, the Church had a Prayer of the faithful to also seek divine grace and protection for political leaders when the Vice president and his entourage arrived.

The Catholic Archbishop of Kumasi, Most Reverend Justice Gabriel Anokye, in a sermon, called for a just, fair and corrupt-free society where the ‘Freedom and Justice’ will not remain just a Motto in the national Coat of Arms but made meaningful.

Vice President Dr. Mahamudu Bawumia observed that since 1930, only the Covid-19 pandemic has caused such serious negative economic depression to nations including Ghana and hoped that the problems associated with the disease would ease in the new year for the economy to recover.

At the Safo Memorial Temple of the Church of Pentecost at Ayigya in the Oforikrom Municipality, where the Bompata Area Head, Apostle Yaw Adjei Kwarteng, led the congregation to commit political actors especially the President and Vice to God for protection, wisdom, guidance and direction to manage affairs of the country.

Apostle Kwarteng described the fisticuffs in Parliament as an embarrassment to Ghana in the comity of nations and urged them to change for the better. 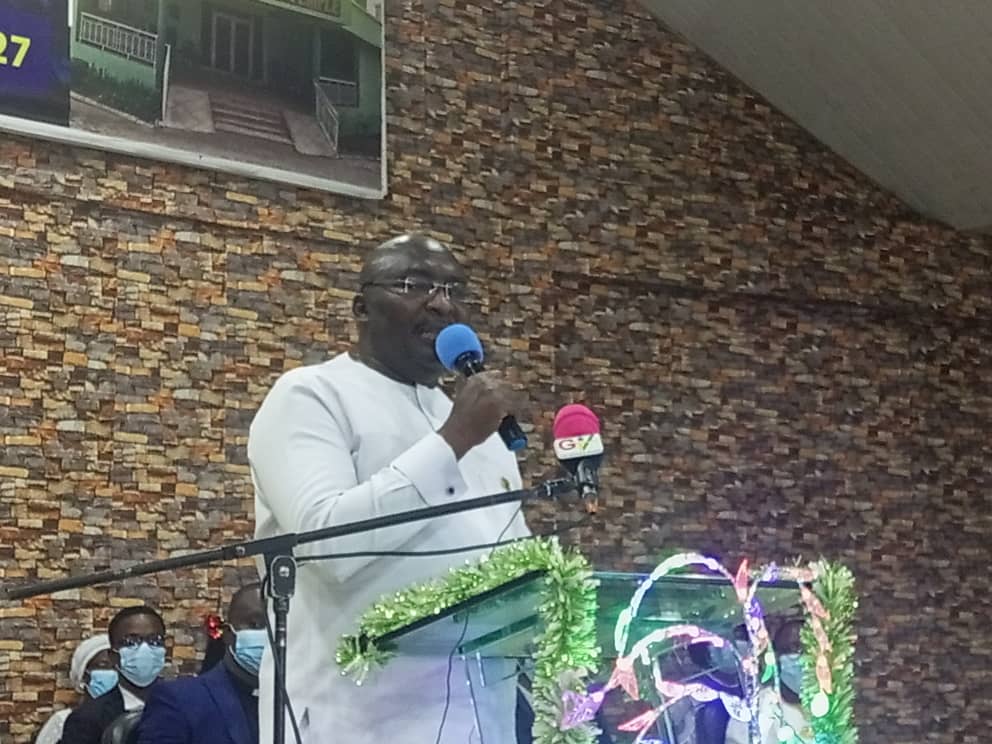 Vice President Dr. Mahamudu Bawumia attributed Ghana’s peace to religious tolerance among especially Christians and Muslims and therefore called for the practice to be sustained.

The Vice President donated a cash of 20 thousand Ghana Cedis to each of the three churches. 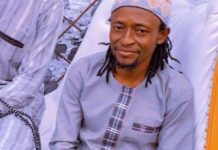 ECOWAS set to deploy forces to Guinea Bissau to support the...