The Crops Research Institute of the Council for Scientific and Industrial Research, CSIR, has developed two new varieties of tomatoes with superior qualities over the Burkinabe varieties, which have higher demand in Ghana.

The improved varieties yield 20 tonnes per hectare with relatively longer shelf life. It also has higher disease tolerance, compared with the local and foreign varieties already on the market.

Our Ashanti Regional Correspondent, Nicholas Osei-Wusu, reports that the new tomato varieties, which have been approved by the National Varietal Release Committee, is the direct response to concerns of traders on higher demand for the varieties imported from Burkina Faso. 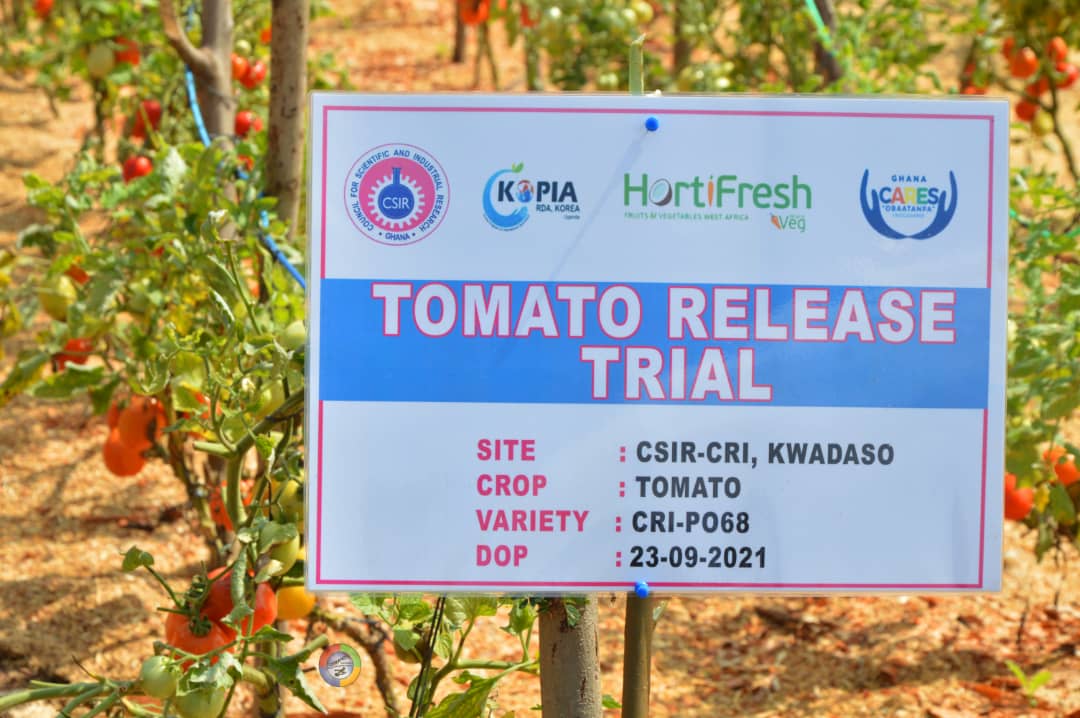 It is a fact that tomato remains one of the commonly consumed vegetables in Ghanaian households and restaurants in food preparations including salad, stews and soups. However, aside from the inadequate local production of the commodity to meet national demand, consumers have a higher taste for foreign varieties at the expense of the local ones.

Available data from the Ghana National Tomato Traders and Transporters Association suggests that an average of 70 truck-loads of fresh tomatoes are imported from neighbouring Burkina Faso weekly for distribution across major marketing centres in Ghana.

This is rather a substantial contribution to the Burkina Faso economy, while Ghana loses in terms of the Cedi-CFA exchange regime.

Importers of the commodity told GBC News that, despite the myriad of challenges they endure to import the commodity from neighbouring Burkina Faso such as highway robberies, accidents and illegal payment along the roads, they are undeterred because of the higher preference for tomatoes from Burkina Faso over the locally produced varieties.