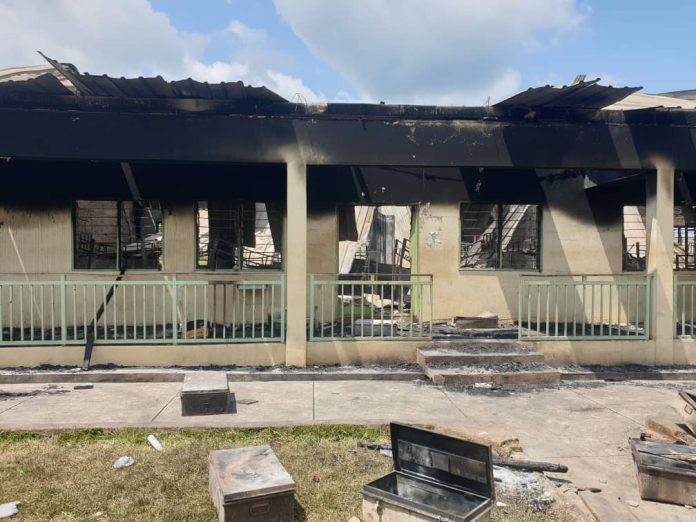 The Ashanti regional Minister Simon Osei Mensah has ordered the Nyinahin District Security Council to immediately investigate the causes of the weekend fire outbreak at the Nyinahin Catholic Senior High School to bring culprits to face the law.

The Minister described the burning of the dormitory block as very painful and hoped the investigations will definitely uncover the causes, suspects accordingly punished to prevent future occurrence.

Speaking to GBC News in Kumasi, Mr. Osei Mensah said, REGSEC picked signal of the intention by some 3rdf year students to cause destruction on various campus after their final papers and therefore ordered the students to leave campus as soon as they finished with the final paper and therefore could not understand why the school authorities could not foresee this heinous crime and avert it.

On the death of famers whose boat capsized at the Offin River at Nyinahin also at the weekend, Mr Osei Mensah sympathized with the victims and cautioned against overloading by the boats especially when the farmers are returning home late from their farms. He welcomed the decision by the District Assembly to provide the townsfolk with a rubber boat.