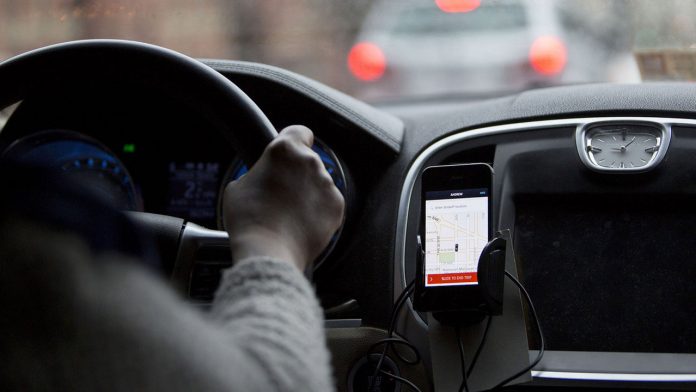 A driver of a ride hailing application service in Accra, Judah Yaovi Somabey has been hailed by management of the Television Newsroom of the Ghana Broadcasting Corporation, GBC for his honesty in the line of duty. He returned valuables belonging to a staff of the newsroom estimated at GHS 15 thousand, which were left accidentally in his car.

Sarah Ofori reports that, ‘’it was a busy day, having covered three beats one after the other, and for me getting to the office on time to churn out the news was my ultimate goal’’.

‘’Mr. Judah Yaovi Somabey was the rider assigned to me, however upon arrival at GBC he had a tummy upset and badly needed to use the washroom. In the rushed moment to assist him attend to nature’s call, I left behind some working tools valued at fifteen thousand Cedis at the back seat. Before I knew it he was done and gone.’’

While efforts to notify the driver proved futile, ‘’all I did was to pray and hope he returns the items’’.

It was a surprise when Mr. Somabey came by to return the items the following day. But a better surprise awaited him for his kind gesture.

He was presented with a token for returning the lost items.

Apparently he is a member of the Dansoman Exhibition Assemblies of God and knows too well his duties as a Christian.

Mr. Judah Yaovi Somabey is said to be a true embodiment of honesty, something that seems to be lacking in society these days.

We will build Universities in new regions – Mahama