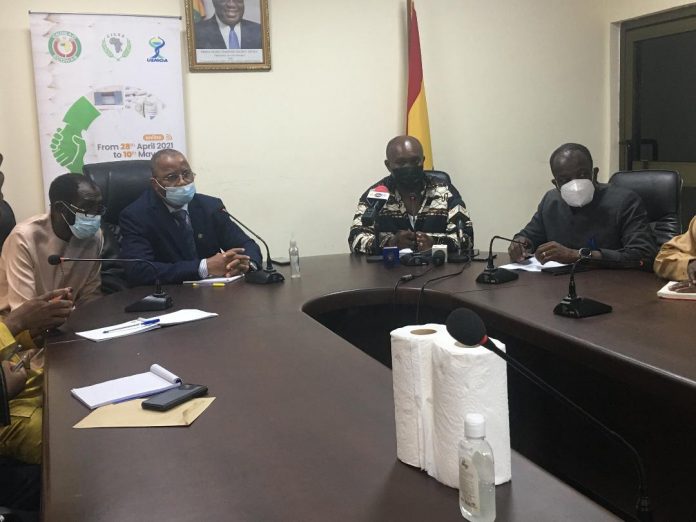 The Economic Community of West African States (ECOWAS) is to organise an international conference to share with partners and other regions the experiences of its regional food security storage system.

At a media briefing ahead of the conference, ECOWAS Commissioner for Agriculture, Environment and Water Resources, Mr Sekou Sangare, lauded the Minister of Food and Agriculture, Dr Owusu Afriyie Akoto, for his achievements in the area of food security in Ghana.

He said agriculture in the West African region had been affected by many calamities such as droughts, floods, cricket attacks and many others

However, each country had done its best to draw from its budget or external funds to salvage such situations.

Mr Sangare said the issue of food crises had drawn the attention to West African Heads of States who had collectively agreed to the establishment of a Regional Reserve stocks to ensure food security.

He said with support from the European Community, a 56 million Euro facility had been made available to support the initial stage of the project.

The Commissioner said for five years, they were working on the project, which would be completed at the end of May this year and encouraged governments to prioritise and encourage citizens to purchase locally manufactured goods to sustain the economy and promote food security.

Mr Robert Patrick Ankobiah, Acting Chief Director of Ministry for Food and Agriculture, said food security formed part of Government’s priorities, as such, a number of interventions were put in place to ensure that the nation experienced abundant food crop production.

He said even though the nation had put in efforts to build a robust food system, the Agricultural sector still faced some challenges including; climate change, environmental degradation, pests infestations, among others.

The Director noted that the event was timely due to the global hardships that the COVID-19 pandemic had caused.

He assured the ECOWAS delegation that the Ministry would participate fully in the event by sharing its experiences to the benefit of other nations and also learning from others to improve the sector.