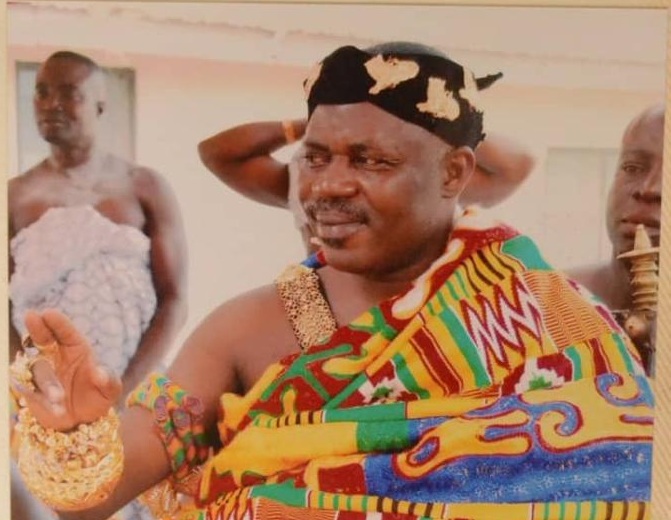 By: Razak Baba
The Ejura Traditional Council in the Ashanti Region has chosen to focus on unity and peaceful coexistence to climax this year’s celebration of the Yam Festival.
The Festival called ‘Sekyirene’ is celebrated annually and considering the recent events in the Ejura township, the Traditional Council has decided to use the celebration to further strength the healing process and deepen ties among community members.
Razak Baba reports that the Ejura Yam Festival,  ‘Sekyirene’, is celebrated annually by the Chiefs and People to thank the ancestors of the land and the traditional stool for providing the people with a bumper harvest of fresh yams in the year just gone by.
This year’s celebrations would last for 2 weeks and climaxed with a grand durbar on the 1st of  October, 2021.
It would coincide with the 5th Anniversary of the Enstoolment of Ejurahene, Barima Osei Hwedie, his 54th Birthday, and the 20th Anniversary of the passing of his late mother. 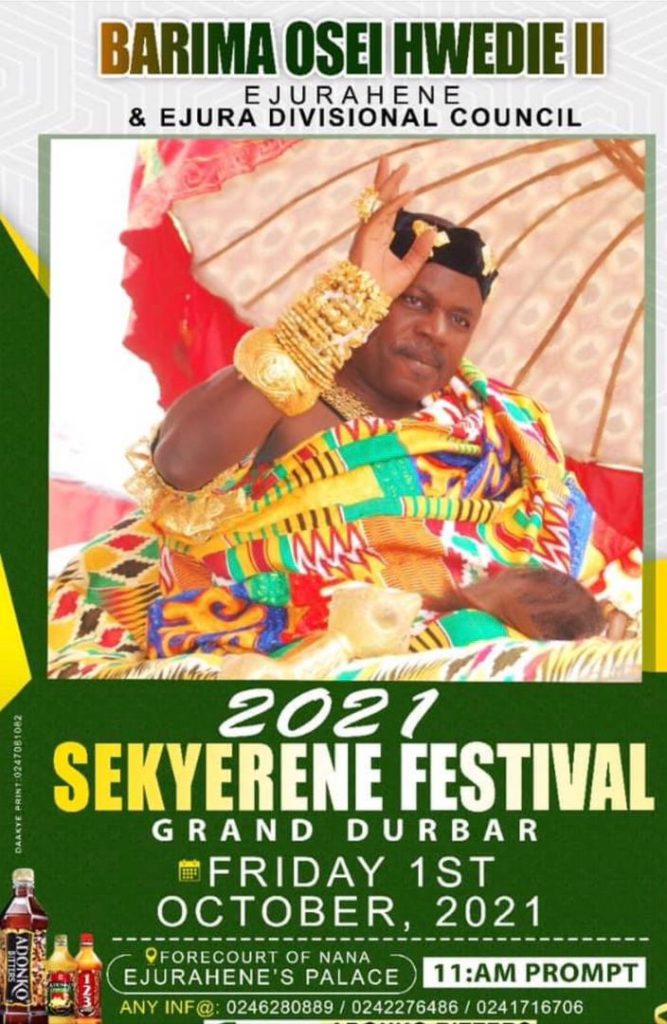 It is on the theme: “Peaceful Co-existence for Development”, considering the recent unfortunate happenings in the Ejura township.
A float was organized through the township to herald the celebrations and to whip public enthusiasm for the event.
Speaking at the launch of the Yam Festival,  Ejura Nifahene, Nana Kofi Ansebie outlined series of events towards the celebration of the Festival.
Barima Osei Hwedie who is also the Senior Protocol Officer at the Office of the Vice President expressed regret about the unpalatable skirmishes in Ejura.
”I urge all citizens both home and abroad to contribute their quota to augment government efforts in establishing a Police Division at Ejura”, he requested.
Since his enstoolment, Ejurahene, Barima Osei Hwedie with the help of the Taditional Council has embarked on infrastructure projects, particularly providing accommodation for government workers who are posted to the Municipality and constructing a Storey Building Apartment to house medical doctors working at the Ejura Government Hospital and other social interventions.