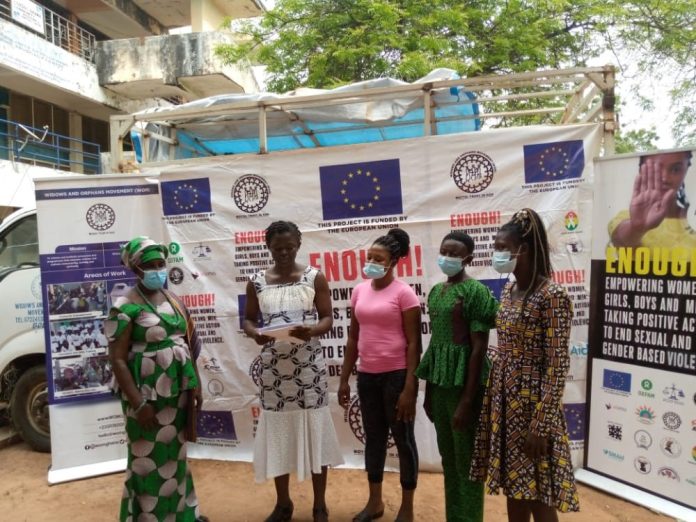 Women traditional, religious and community leaders have appealed to the Upper East Regional House of Chiefs to impress on the traditional authorities to liaise with the local government structures to enact bye-laws to regulate the closing time for late evening social events.

They observed such social events including funerals and passing out ceremonies run sometime late nights, hence serving as avenues for possible sexual and gender-based violence.

The Women Leaders from Gundork, Logre and Kongo in the Nabdam District as well as Vea, Balungu and Bongo Beo in the Bongo District have further called on the National House of Chiefs to formulate guidelines to enable traditional rulers to support and encourage the timely reporting of criminal cases to the relevant authorities instead of resolving such cases at the community level without providing justice to survivors.

A Legal Literacy Volunteer and Community Reconciliation Committee, Evelyn Nyaaba who read these resolutions on behalf of the women leaders at a press conference held in Bolgatanga, noted that the government and private institutions have made efforts to promote and protect human rights yet, Sexual and Gender-Based Violence is prevalent in the Upper East Region with women and girls being the most affected.

The Press Conference formed part of the Enough! project which seeks to empower women, girls, boys, and men to take positive action in ending sexual and gender-based violence implemented by the Orphans Movement (WOM), Oxfam and WiLDAF Ghana with funding from the European Union.

The Enough Project also supports CSOs to influence communities and institutions to challenge harmful social norms and practices that reinforce the root causes of gender-based violence. To end this menace, the female traditional, religious and community leader are calling on government to adequately resource the Commission for Human Rights and Administrative Justice (CHRAJ), Domestic Violence and Victim Support Unit (DOVVSU) and other human rights promotion institutions so they can carry out intensive community sensitization on gender-based violence issues with focus on property rights, dehumanizing widowhood rites, rape, forced marriages and child marriage, witchcraft accusations, discrimination, etc. with emphasis on the consequences of their violation.

They further called on the government to decentralize State institutions such as the Commission for Human Rights and Administrative Justice (CHRAJ), Domestic Violence and Victim Support Unit (DOVVSU) and Legal Aid to all districts to make them readily accessible to citizens who need support.

The Women Leaders also urged the government to create more economic opportunities in the Upper East Region with emphasis on market access for farm produce and handicrafts. This, they observed, will economically empower rural women enabling them to avoid abuses meted out to them due to their economic vulnerability.

Give us the dam- Wechieu Paramount Chief