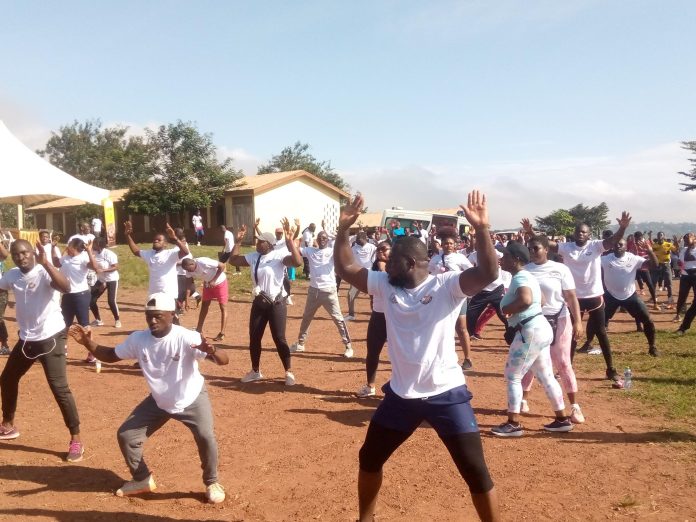 He said exercise and cocoa improve cognitive and sexual functions and reduce stress, making staff at work give the best output.

“Once exercise will improve the health of staff, it means that the staff will be more productive, there will be less sick days. They will give their best at work,” he said.

Dr Owusu-Ansah said this in an interview with the GNA after a health-walk that saw Management and staff of COCOBOD walk from Ayi Mensah to Methodist Basic School at Peduase. The exercise which brought over 100 people, some from affiliate institutions of COCOBOD like Cocoa Research Institute Of Ghana (CRIG) was part of activities to celebrate the 75th anniversary of COCOBOD under the theme: “Sustaining our Environment, Wealth and Health.”

Dr Terry Owusu-Ansah, speaking about the benefits of the walk, said exercise had been found to reduce mortality by 30 per cent according to a study. c

“If it is done at least 30 minutes for seven days in week or one hour for three days in a week, it improves your cardiovascular system, prevents people from having hypertension,” he said.

He said: “there is improvements in sexual functions which reduces tension at home. Wife-husband relations can affect the output at work. In the same way cocoa promotes erectile function and cognitive function especially in kids.” Mr Fiifi Boafo, Director, Public Affairs, COCOBOD, said it was paramount that they drew the attention of the public to do things that enhanced the population’s health.

“One key thing scientifically proven is to consume cocoa products that will boost our health; and also increase consumption and grow our country,” he said.

The health-walk also took place in Kumasi and Takoradi, and on Wednesday, September 28, there would be an exhibition of cocoa products in Suhum, in the Eastern Region.

There would be activities like farmers’ forum and quiz competitions amongst cocoa farmer cooperatives to share knowledge acquired from the extension officers.