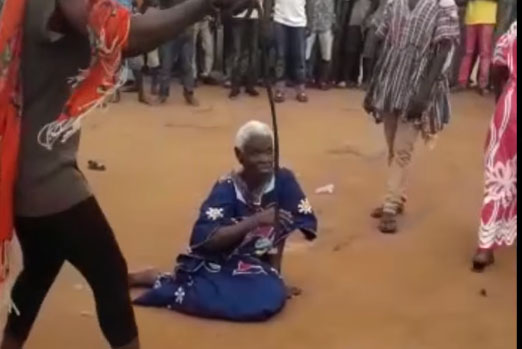 Mahama Salimi, Son of late ninety-year-old woman, lynched to the death at Kafaba in the East Gonja District of the Savannah region, Akua Denteh, is unhappy with the Police’s inability to arrest fourteen other suspects in the murder of his mother.

As of now only two of the suspects have been arrested and are facing trail.

A Gender Activist, Hajia Lamnatu Adam, called on government to pass a law to expedite prosecution of witchcraft related cases within three months.

Listen to the attached audio for radio report.