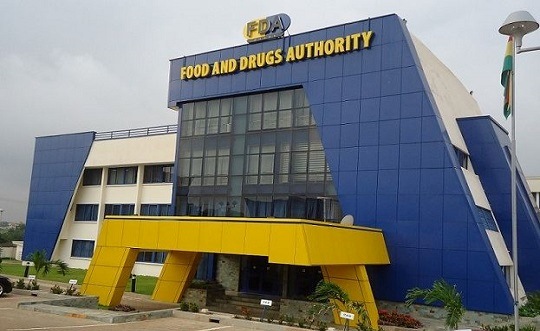 The Food and Drugs Authority (FDA), is in the final stages of coming out with a blueprint which will serve as a guide to manage food contamination and emergencies.

The document known as the National Food Safety Response Plan will serve as an alert system which will coordinate and address threats along the food chain process.

Speaking at a two day workshop to finalise and adopt the document in Accra, the Acting Director Head of Food Division at the FDA, Roderick Kwabena Daddey-Adjeit asked stakeholders to come up with a workable document which he said is critical to helping the country in an unlikely event of any food borne diseases.

Food Safety continues to be a major concern worldwide. The WHO estimates that 600 million, almost one in ten people fall ill after eating contaminated food each year resulting in 420,000 deaths annually.

Food borne diseases do not only affect health but also have enormous economic impact. The Africa Region is reported to be the region with the highest burden of foodborne diseases and the highest death rate with an estimated 91 million annual food borne illnesses and 137,000 deaths.

Ghana like all countries in the region is no exception in going through such dynamic changes. There was a time where some people consumed puffer fish which resulted in their deaths. These and many other incidents necessitated the need to adopt a National Food Safety and Response plan in the advent of any food emergencies.

Speaking on the importance of the document and the need to finalise it as soon as practicable, Roderick Daddey-Adjei said the document which is built on existing structures must be robust in handling any food emergency situation.

Giving an overview of the National Food Safety Emergency Response Plan, the Head of Public Education and food Borne Diseases Surveillance at the FDA, Benjamin Osei-Tutu said the document will cover areas from prevention to protection, mitigation, response and recovery.

He noted that what is important is to come up with a workable emergency operations response with inter-agency coordination to contain any issue.

The drafting of the National Food Safety and Response Plan by the FDA is with technical support from the WHO. Going forward after the adoption of the document, a Secretariat will be provided to guide institutions along the food chain when emergencies arise.

Ghana Manganese Company ordered to mine within 5 million metric tonnes