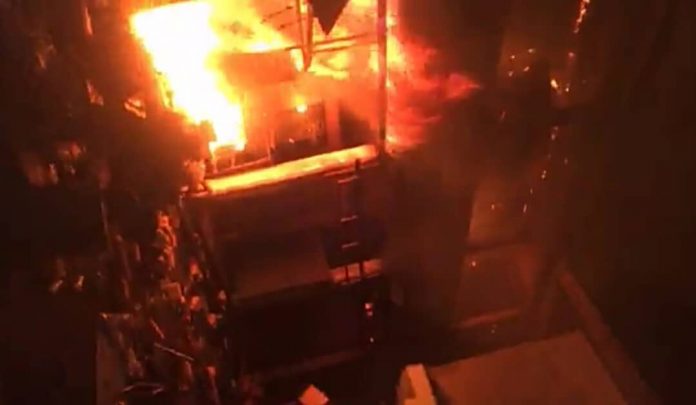 Fire has gutted the Akim Oda Central Market in the Birim Central Municipality of the Eastern Region. It is unclear what caused the fire, but sources say it started around 8 pm on September 13, 2021.

Property worth thousands of Cedis belonging to traders have been lost to the inferno as firefighters and residents fought to douse it.

It is reported that accessibility to the scene was initially difficult as a result of the design of the market.

A day after the fire, GBC News’ Reporter, Michael Kofi Kenetey reports that the fire which took 5 hours to be doused, destroyed property of traders who are appealing to government through the Assembly to assist them to recover what has been lost.

According to our reporter, some of the traders said they have lost almost every bit of their goods.