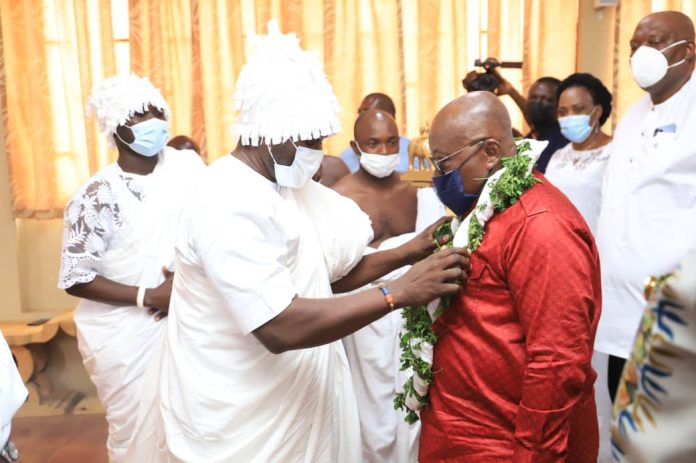 President Akufo Addo commended the Ga Mantse for his desire to end disputes in the region. He reiterated his determination to make Accra the cleanest city in Africa.

He pledged to maintain the peace in the region and end all chieftaincy disputes. He expressed the determination of the Ga Traditional Council to rename the Greater Accra Region, as the Ga Dangbe Region.

Nii Tackie Teiko Tsuru also appealed to the President to maintain Teachers with Ga background in the region to facilitate the teaching and learning of the language in schools.