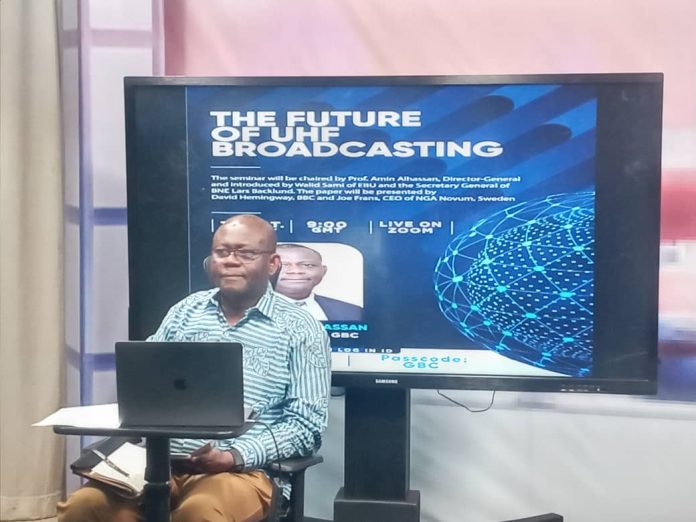 The Ghana Broadcasting Corporation, GBC, has hosted a Virtual Conference with international stakeholders in the Broadcast industry to discuss the current threats posed by telecommunications networks on the Broadcasting spectrum in Africa. 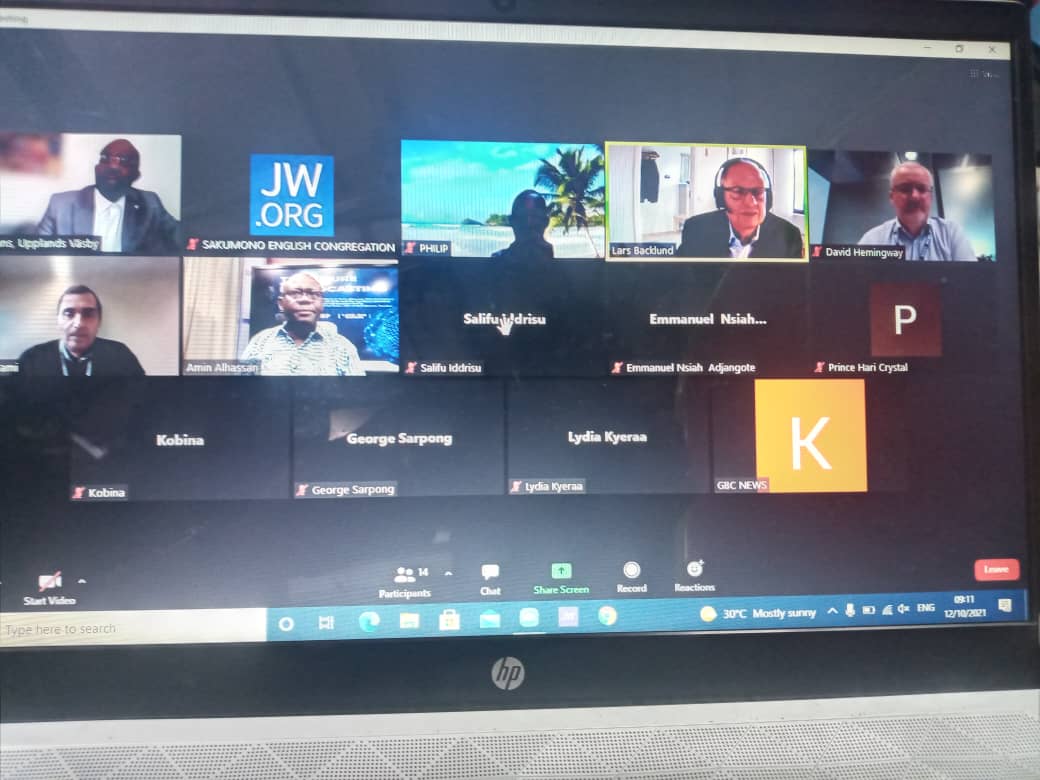 According to participants, telecommunication companies are gradually taking over the digital space and bandwidth of Broadcasting channels stressing that if this trend is not checked, it will lead to the extinction of the broadcasting industry. Director General of the GBC, Prof Amin Alhassan who chaired the Conference, called on policy makers to intervene and set the boundaries for both the telcos and especially, the Public Broadcaster in order not to have one industry overlapping the other.

Jonathan Thompson who joined the Conference reports that Broadcasting stations using the Ultra High Frequency, also known as UHF transmission, are under threat of sharing their digital spectrum with telecommunications networks especially in West Africa. 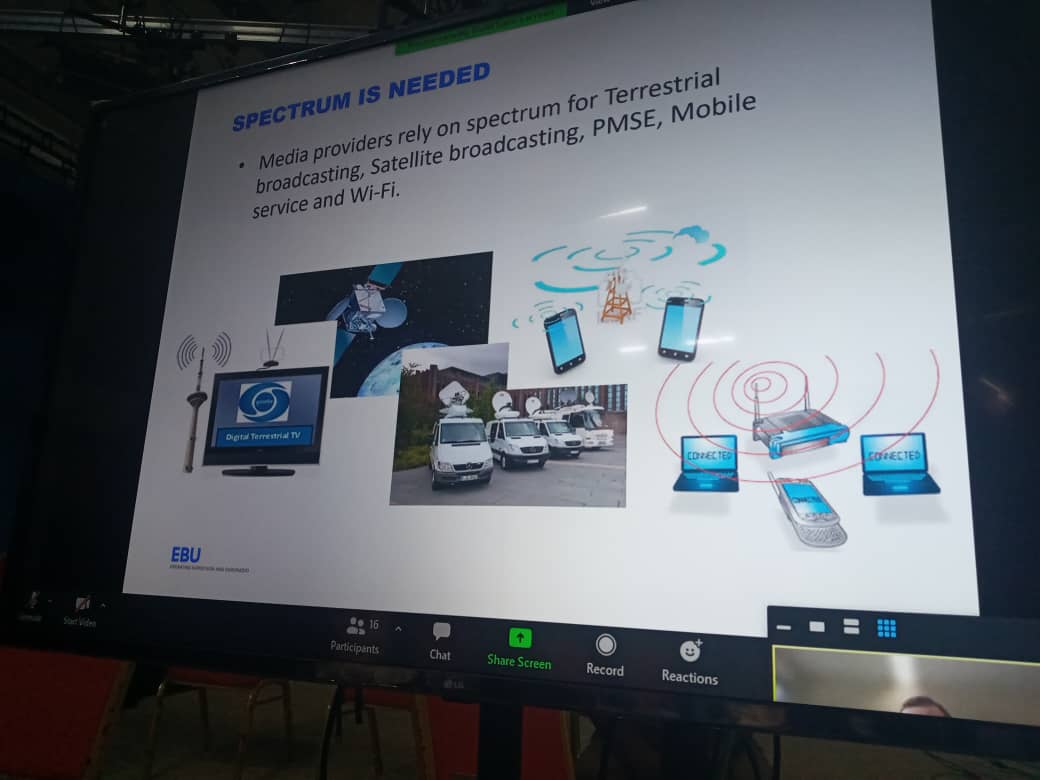 Unfortunately, the telcos seem to be winning because they have more technology and a wider market than the broadcasting industry. The Virtual Conference had captains of the Broadcasting industry from Europe, West Africa and Asia all expressing concern about the gloomy future of UHF transmission, particularly in the Digital Terrestrial Transmission, DTT, era where Free-to-Air channels are the order of the day.

Delivering his presentation, a Senior Broadcaster with the BBC, David Hemingway, said it is about time players and regulators in the Broadcasting industry woke up and fight against agents such as the telcos taking over the digital spectrum. He said, it will be a disaster for the industry, should that happen. 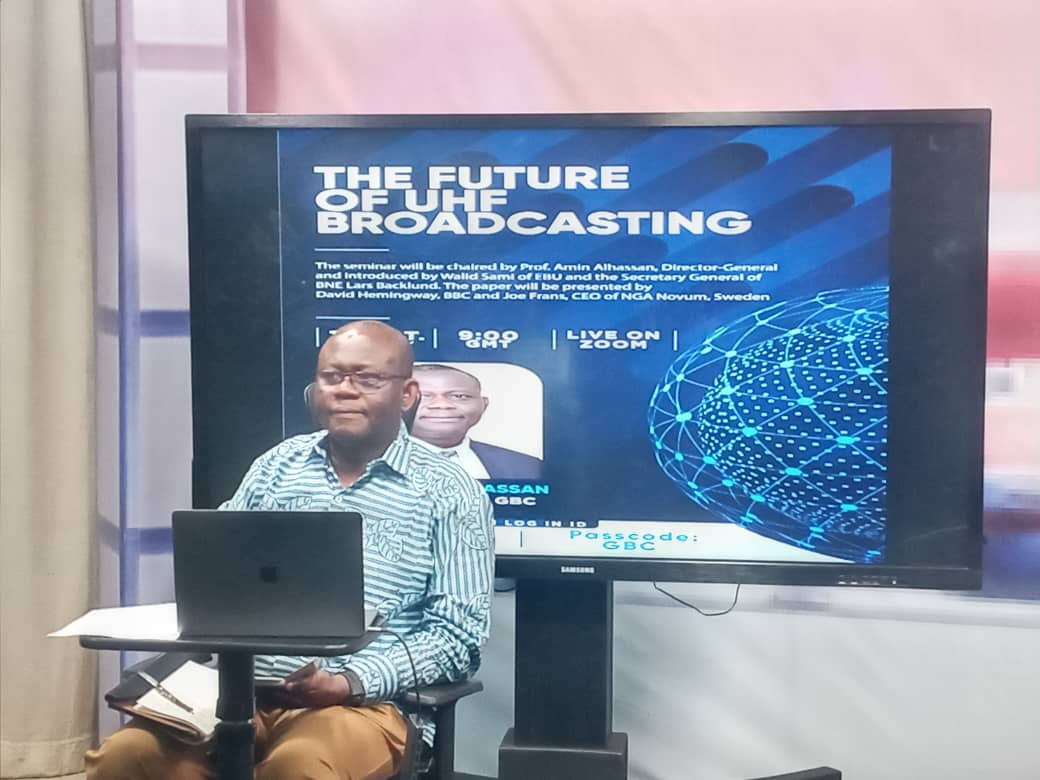 The Director General of GBC, Prof. Amin Alhassan said there is the need for concerted effort and policy guidelines developed to show the clear boundaries of how far telcos can go and how far Broadcasting stations can also go in terms of acquiring spectrum.

Other speakers unanimously agreed that the use of UHF channels in West Africa alone is very high and this means the transmission has expandable prospects. The General Secretary of the National Media Commission, NMC, George Sarpong said the Commission will strongly liaise with the government to regulate the operations of telcos to prevent them from interfering with the Broadcasting spectrum.