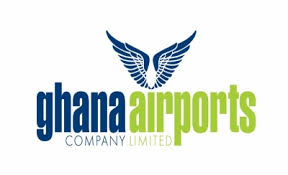 The Frontier Healthcare Services (FHS), the company awarded the contract to undertake COVID-19 Antigen Test at the Kotoka International Airport (KIA) pays $10 per passenger to the Ghana Airport Company Limited (GACL), as rent royalty for operating in an office space at the Terminal Three.

The agreement for the contract was signed on September 1,2020, to enable the Frontier Healthcare Services to commence laboratory services at the airport.
The Managing Director of the FHS, Dr. Emmanuel Acquaye, signed for his company while Mr. Yaw Kwakwa, the Managing Director of the GACL initialled for the Airport Company.
However, the contract and rationale for charging each Ghanaian $50 and $150 for non-ECOWAS members per an Antigen Test was not readily available to the Parliament’s Appointments Committee.
This came to light when Mr. Kwaku Ofori Asiamah, the Transport Minister-designate appeared before the Appointments Committee of Parliament, on, for vetting.
The Minister-designate said the Public Procurement Authority (PPA) was duly informed about the proposal to give an office space at the Terminal Three to the Frontier Healthcare Services.
However, Mr. Ofori Asiamah could not provide details on either the amount accrued to the GACL since the contract was signed in September last year or the number of passengers, who had undergone Antigen testing at the airport.
He said the COVID-19 pandemic had adversely affected the revenue streams of the GACL thus, witnessing 70 per cent revenue shortfall due to the massive reduction in passenger arrivals at the KIA.
“Last year, government had to bail out the Ghana Airport Company Limited to enable it to pay its workers because of the bad financial situation occasioned by the COVID-19 pandemic,” Mr. Ofori Asiamah pointed out.
Despite the financial downturn of the GACL, Mr. Ofori Asiamah said, the GACL was undertaking phase two and three of the Kumasi Airport and phase two of Tamale Airport, while works was ongoing at the Sunyani Airport due to a loan government of Ghana secured for the airport expansion programme.
The Minister-designate responded to issues regarding the transport and aviation sectors including; revamping the Metro Mass Transit with 100 extra buses, plan to introduce electric buses in the near future, measures to reduce carbon dioxide emissions, removal of tree stamps from Volta Lake to facilitate water transportation, deployment of technology at the harbour to plug out revenue leakages, among other pressing national issues.