Government has assured Management and Staff of the Ghana Bauxite Company Limited, that it is in the process of renewing the mining lease of the company to ensure business continuity.

”No employee will be retrenched”.

This follows agitations among workers that the Mining lease of the bauxite mining company expires this month. Deputy Minister of Lands and Natural Resources responsible for Mining, George Mireku Duker, said the government will soon announce a new investor to take over the shares of Bosai to revive the company.

He made this known at separate meetings with Management and Staff of the Ghana Bauxite Company Limited at Awaso, during his official visit to the site.

Ghana Bauxite Company Limited was established in 1944 during the colonial era to mine bauxite deposits at Awaso in the Western North region. 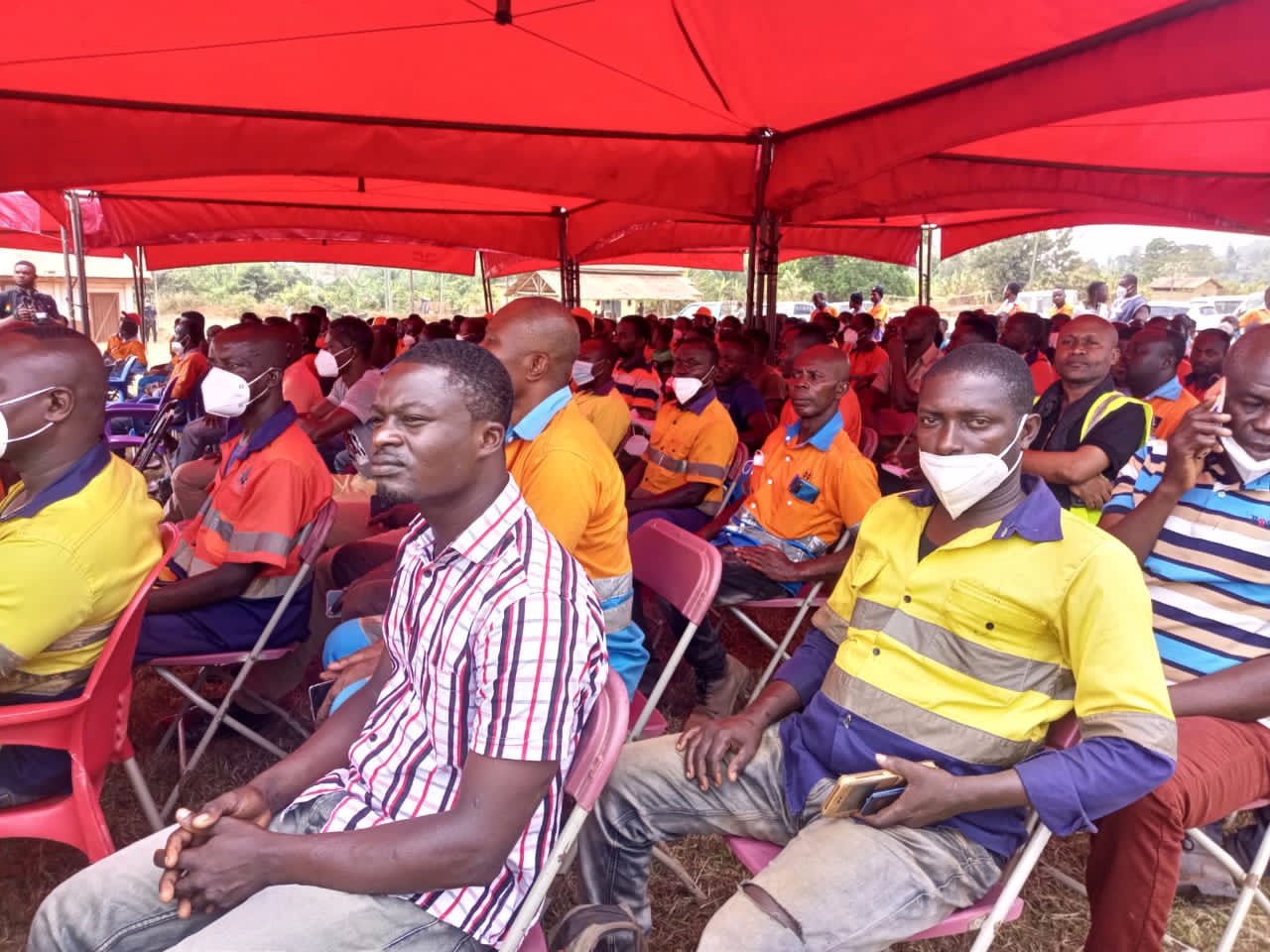 The company was in 1997 granted a renewed Mining Lease for 25 years to mine the mineral resource on a concession of 29 point-four square kilometers located within the geographical area of the Bibiani-Anhwiaso-Bekwai Municipality. A management source told GBC News that in 2010, the Government sold about 80 percent shares of the company to an international investment company, Bosai due to declining production levels.

The optimal production capacity of the Ghana Bauxite Company Limited is about one point-five million metric tons per annum. But for some years now, profitability has been on a downward trend. This has led the company to intermittently downsize its workforce which now stands at about 700 with more than a thousand others indirectly depending on it for livelihood.

Out of the number of workforce, only 120 are permanent staff with the greater majority being employees from outsourced companies. Deputy Minister of Lands and Natural Resources, George Mireku Duker, last year, had to intervene to calm down nerves at Awaso when tension was at its peak following a misunderstanding between the working staff on one hand and the investors on the other.

Mr. Duker’s latest visit to the company was to help assuage the fears of especially the permanent workers who consider their employment future with the company as bleak. The workers highlighted some of the lingering issues during their meeting with the Deputy Minister.

These included the expiration of the Mining Lease of the company this month, very poor remuneration, allegation of unlawful disposal of some company assets by the General Manager, J. K. Fangn and severance package in the event that the foreign investors transfer their shares to another interested entity.

Mr. Mireku Duker in response assured the workers that the government will soon announce a new investor to take over from Bosai, a Chinese investment entity to ensure business continuity. He told the workers particularly those from outsourced companies that Ghana Bauxite Company Limited is not responsible for their severance package but the government will see if there is any way out for them when a new investor is contracted.

Earlier at a Meeting with the company’s management, Mr. Mireku Duker assured them that the government is presently going through the legal processes to renew the mining lease of the bauxite company to make it a growing concern since the government now sees the bauxite industry as strategic for Ghana’s industrialization.

The Chief Accountant of the company, Frederick Sarkodie said with the support of the Ghana Integrated Aluminum Development Corporation tensions have calmed down and that the workers have confidence in the government to address the lingering issues.