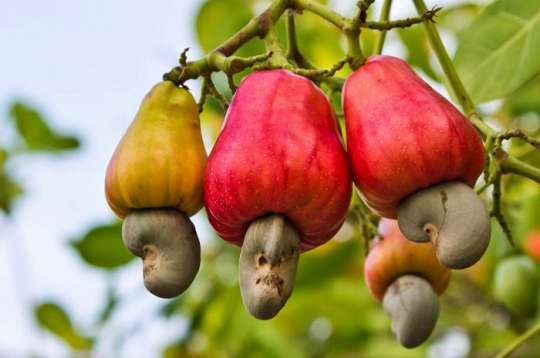 Ghana’s cashew sector, which produces some of the highest quality nuts in the world, is set to get a boost, as stakeholders are gathering inputs into the National Cashew Strategy document, to improve cashew production along its value chain.

The Strategy is also expected to support the creation of an enabling environment for sector actors, ensure sustainable increase in productivity of cashew farmers, creating a competitive sustainable local processing industry, and establish stable and sustainable business relationships.

Already, the country has been identified as an important producer of cashew, being the sixth highest producer in Africa and the 10th producer in the world.

However, cross border trade among countries in the sub-region price volatility, had been identified as significant factors requiring the need for more efforts at regulations.

At a policy option workshop was held in Accra, which was jointly organised by the Directorate of Crop Services, Ministry of Food and Agriculture, the Tree Crops Development Authority (TCDA) in partnership with the Competitive Cashew initiative (GIZ/ComCashew), and funding support from the German Ministry for Economic Cooperation and Development (BMZ) and the Swiss State Secretariat for Economic Affairs (SECO).

The workshop was aimed at introducing the TCDA and key stakeholders to existing policy options within the cashew space, global trends in the cashew market, regulatory measures adopted by other producing countries around the world, and the status and prospects of cashew and by-product processing in Ghana and the sub-region.

It also enabled the TCDA to benefit from the expertise and insights of Cote d’Ivoire, the world’s largest producer of cashew nuts, and India, world’s highest cashew nuts consumer, and other industry experts and analysts in the sector.

Mr Foster Boateng, Deputy Director, in charge of operations, TCDA, welcomed the collaborations of the various stakeholders in helping attain the objectives of the establishment of the Authority.

He explained that the TCDA, was inaugurated in September 2020, as a regulatory body for six tree crops, and to develop a five-year National Tree Crop Strategy.

The Authority was specifically tasked to ensure the regulation and development of the production, processing and trading of the tree crops, namely cashew, shea, coconut, rubber, mango and oil palm value chains in a sustainable environment.

He, therefore, said the Authority would continue to rely on the support of its strategic stakeholders in making the sector work efficiently.

Mr Jim Fitzpatrick, a Cashew market Analyst, in a virtual presentation, said cashew consumption had been growing year in and year on, with Europe, America, Indian and China as most consuming communities.

He mentioned some cashew production constraints in Africa as including; infrastructure inputs and price volatility at the farm gate and on the international market, requiring strategic collaborations to especially in Africa, to address such constraints. He disclosed that by year 2020, cashew productions in Africa grew to over 56 per cent, indicating a great potential for the continent.

Mrs Anna Schick Deputy Head of Cooperation, Swiss Embassy, said, her country was ready and happy to work with Ghana to improve the cashew environment for the sector, to enable farmers and other value chain operators benefit from their work.

Ms Rita Weidenger, Executive Director, Competitive Cashew Initiative, said an area of interest to GIZ/ComCashew and its funder, SECO in Ghana, was to support the creation of a well-regulated cashew sector.

As a result, GIZ/ComCashew sought to support the TCDA with policy advice and guidance in the development of regulatory measures for the Ghanaian cashew sector.

She said her organisation, had therefore, partnered other development partners through the programme to support the processes from the drafting of the Tree Crop Development Bill through its eventual ratification into an Act.

“With its inauguration, GIZ/ComCashew and SECO continue to support the work of the TCDA.”

The third phase of the programme started from May 2016 and ends in December 2021.
GIZ/ComCashew also assists in fields like research, capacity building and policy guidance, to meet the defined goal of increasing sustainability and competitiveness across the supply chain.

Shotkode set to take Afro-fusion to a new level