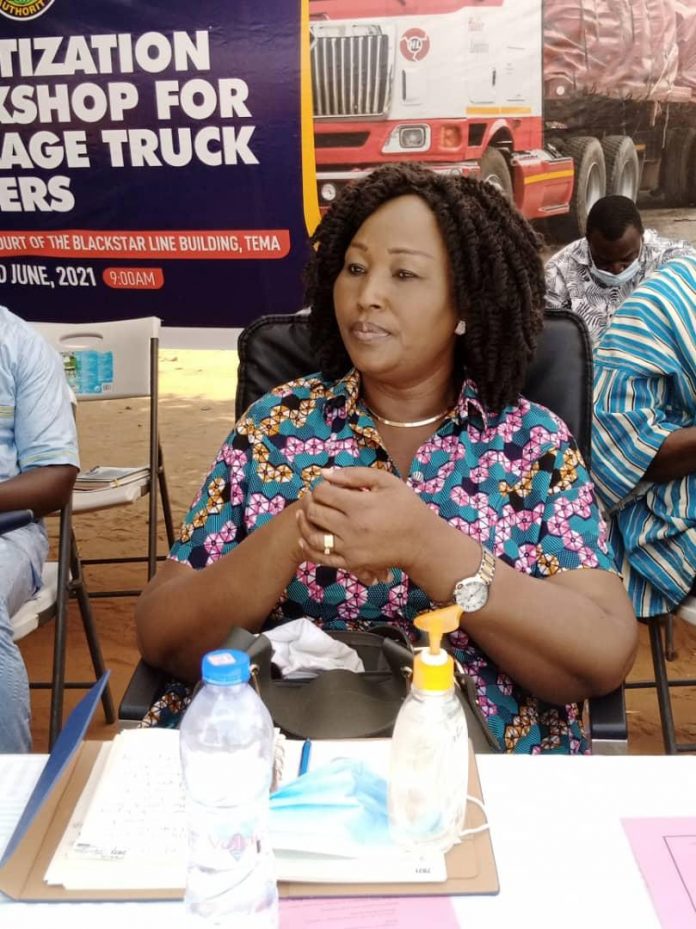 The Ghana Ports and Harbours Authority (GPHA) says it would not license any transport union to operate in the port if it is not part of the Joint Association of Port Transport Unions (JAPTU).
General Manager, Marketing and Corporate Affairs, GPHA, Mrs. Esther Gyebi-Donkor announced at a day’s sensitization workshop for haulage truck drivers in Tema organized by the Ghana Shippers’ Authority (GSA).
Mrs. Gyebi-Donkor said, “I wish to take this opportunity to state that the Port Authority will not license any transport union to operate in the port if it is not part of the JAPTU arrangement.”
She explained that the Port Authority was determined to unite the front of all transport unions in the port to achieve efficiency in policy implementation and decision making.
“It is practically impossible for the Port Authority and indeed other key stakeholders to deal with individual transport unions to achieve policy objectives in the operations and management of our port economy,” she said.
She explained that to ensure a very strong and vibrant haulage transport sector that could support the efficiency of the transit trade value chain, the GPHA together with the GSA and other stakeholders had embarked on a reform process for the Joint Association of Port Transport Unions.
She added that the JAPTU reforms aimed to strengthen and unite the front of all port transport unions to promote transparency and accountability as it was occasioned by the desire to improve the unity and effectiveness among the ranks of the union which had implications on port productivity and competitiveness.
Chief Executive Officer of GSA, Ms. Benonita Bismarck in a speech read on her behalf, urged all haulage drivers to join the JAPTU and cooperate with her outfit and the GPHA to reach their goal of getting one representative body to champion the aspirations of the haulage transport association.
Ms. Bismarck said a single association would ensure they forged ahead with one voice in all deliberations on transit trade, both locally and internationally.
Acting General Secretary of JAPTU, on behalf of the union, Mr. Ibrahim Musah commended the two institutions for the initiative to unite the unions as that would inure to the benefit of haulage transport drivers. 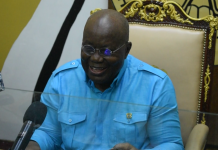