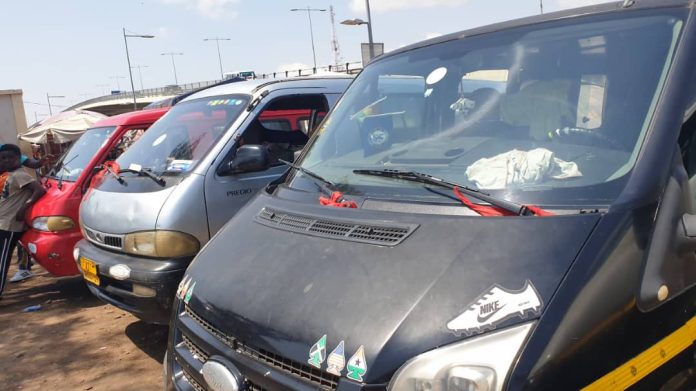 Commercial drivers who fail to comply with the directive by  leadership of the Coalition of Commercial Transport Operators to put on red bands risk being sanctioned.

This was made known by the Obra Spot Branch Vice Chairman of the GPRTU, Ebenezer Arhin.

GBC News noticed that just a handful of the drivers have the red bands on their vehicles as directed by leadership to signal their intention to embark on an industrial strike next Monday in protest against high fuel prices.

In an interaction with our reporter Nathaniel Nartey who visited the station a day after the directive was issued, Mr. Arhin admitted that adherence to the directive has been ineffective but hopeed it will be in full force by the weekend.