The Greater Accra Regional House of Chiefs has added its voice to calls for activities of LGBTQ+ to be outlawed.

Vice President of the House, King Odaifio Welentsi said activities of LGBTQ+ persons will not be entertained in the region. The House made this known when President Akufo-Addo paid a courtesy on them on the last day of his Greater Accra Regional tour. 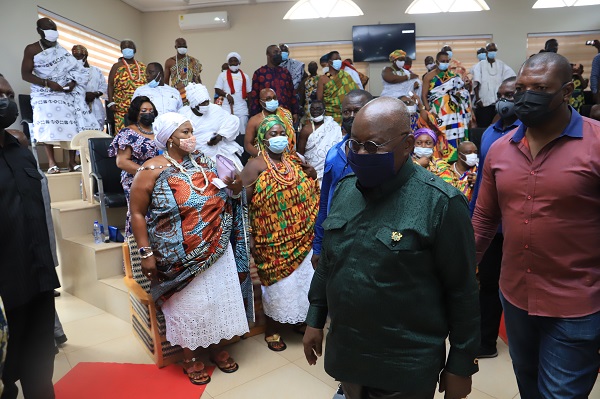 Bright Ntramah reports that the last leg of President Akufo-Addo’s tour of the Greater Accra region took him to the Regional House of Chiefs in Dodowa. He was accompanied by the Regional Minister, Henry Quartey, Foreign Affairs Minister, Shirley Ayorkor Botchway, and other government officials. The tour was to thank the people for the support given to the NPP in the 2020 elections.

Vice President of the Greater Accra Regional House of Chiefs King Odaifio Welentsi who read a statement said the House is gradually becoming non-functional due to lack of members.

Currently there are 26 cases before the House with 10 settled. He said among the 13 traditional areas, only 6 are represented in the House, making its operations difficult. Nii Odaifio Welentsi bemoaned the situation where a group of people installed rival Chiefs. He called on the Police to deal with persons who foment trouble in the name of the Chieftaincy institution. Nii Odaifio Welentsi pledged his support for the anti LGBTQ Bill currently before Parliament. 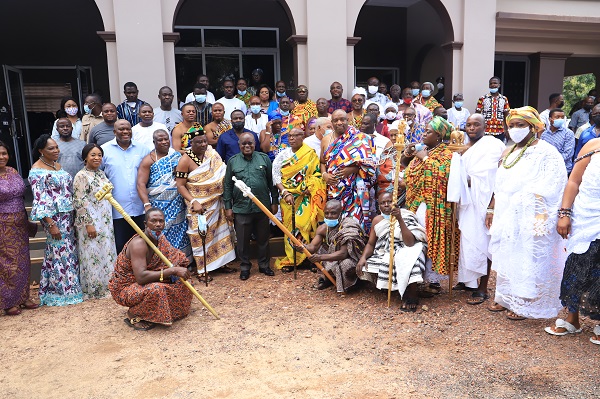 President Akufo-Addo urged the Regional House of Chiefs to settle all disputes within the House, because such disputes take too much time for the Central government.

The President ended his 3-day tour with an inspection of the Accra Intelligent Traffic Management.

The Intelligent Traffic Management is designed to detect and track vehicles as well as pedestrians and to estimate a safety metric for an intersection. Object tracking recognizes the same object across successive frames, giving the ability to estimate trajectories and speeds of the objects. The reference implementation also detects collisions.

Can Strike Resolve Challenges In Institutions?

UN envoy appeals for other nations to ‘keep out of Libya’