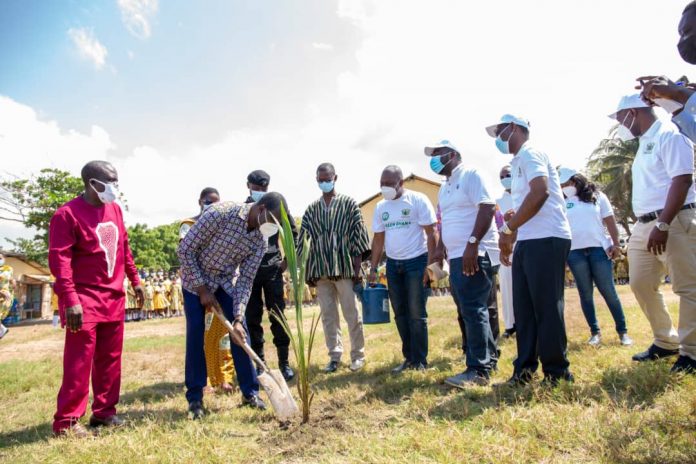 The Minister for Education, Dr Yaw Osei Adutwum, has hinted of plans by his Ministry to liaise with the Forestry Commission to continue supplying trees regularly to schools across the country for planting.

According to the Minister, the move is to ensure sustainability and improvement in the President’s vision of planting and maintaining five million trees in the country to protect the forest cover and the general environment. 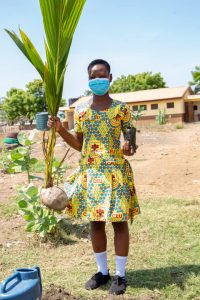 Dr Adutwum gave the hint when he led a team from his Ministry to plant trees at the premises of the Saint Mary’s Roman Catholic Basic School in Accra.

In attendance at the tree planting exercise were the Chief Director of the Ministry of Education, Mr Benjamin Gyasi, Technical team of the Minster, Education Director for the Accra Metropolis, Mr Stephen Abamfo and other dignitaries.

The initiative forms part of effort by the Ministry of Land and Natural Resources (MLNR) to encourage all Ghanaians to plant more trees and protect them to restore the nation’s forest cover.

The team planted trees such as coconut and acacia with supervision by a staff of the Forestry Commission.

In an interaction between the Minister and the pupils of the St Mary’s Catholic Basic School, they mentioned the importance of trees as a source of shade, for beautification, windbreaker, production of oxygen, production of crops and other benefits derived from trees.

Dr Adutwum urged the staff and students not to only plant the trees but adopt and own them so they would develop interest and nurture them to glow well for the good of all.

He was upbeat that the sustainability of the tree planting exercise would go a long way to bring back relief for the various tree species which have been destroyed or cut down across the country. 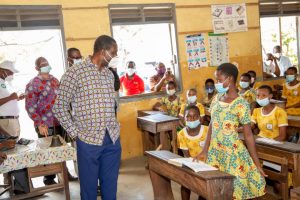 The Education Minister urged the pupils to take their studies seriously and ensure the huge investment being made by the government and other stakeholders would not go waste.

He stated that the government through his Ministry was ready to put in place the right measures to ensure that the right policies and support were provided towards the development of the nation’s economy through education.

The Accra Metropolitan Director for Education, Mr Stephen Abamfo, gave an assurance that his outfit would work hard towards the maintenance and protection of the trees so they would grow well to merit the purpose of its cultivation. 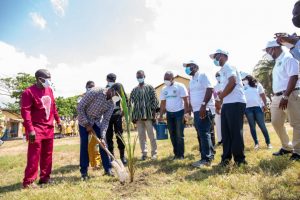 In a related development, the Deputy Education Minister-designate, Rev. John Ntim Forjour also led a team of staff to plant trees at the Accra Academy Senior High School where a variety of tree species were also planted.

He assured the school of government’s readiness to put in place policies and initiatives that stand the chance of improving the lives of all Ghanaians irrespective of location, political affiliation, religion and ethnic origin.

Only a legally mandated body can resolve electoral issues – EC