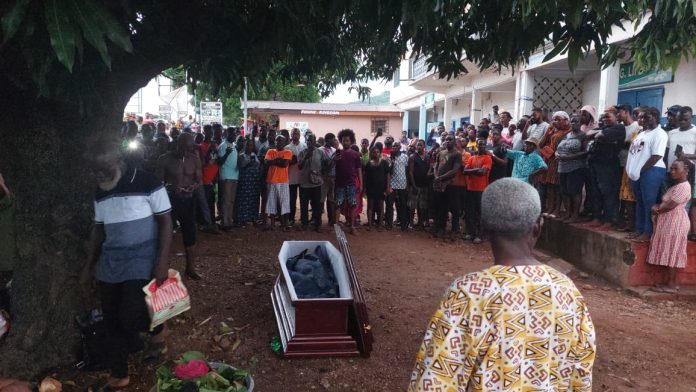 The rites attracted a gathering who wanted to catch a glimps of the spectacle. 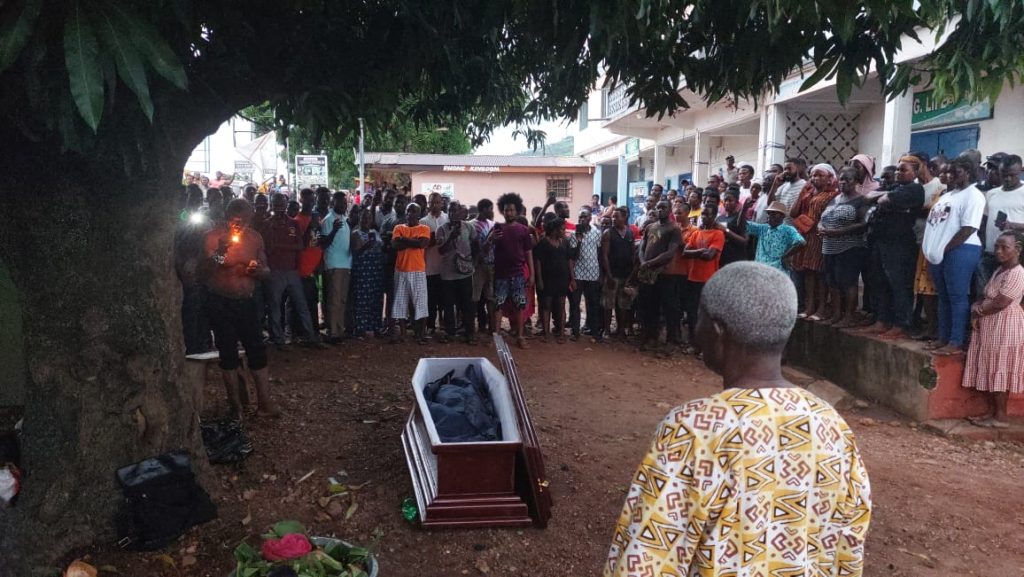 The body of  Master Emmanuel Torli, a 17-year-old student of Sokode Senior High Technical School who was struck by thunder and lightning that accompanied a rainfall in the Ho Municipality of the Volta Region was left unattended to, for several hours after the incident happened on Monday, May 30, 2022, given the nature of the incident, it sparked superstitions that the gods had to be pacified to pave the way for the burial.

Consequently, a delegation was dispatched to the “Nogokpo shrine”, for consultation and necessary rites to be performed. 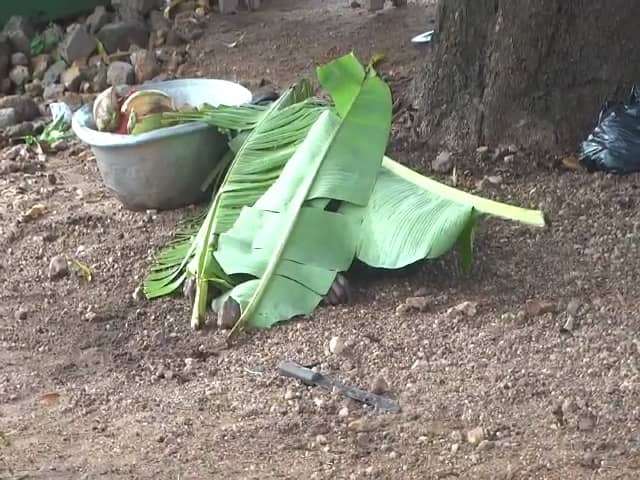 The family was able to secure a body carrying bag and some pairs of gloves for use by those who performed the rights and later carried the body into the coffin. 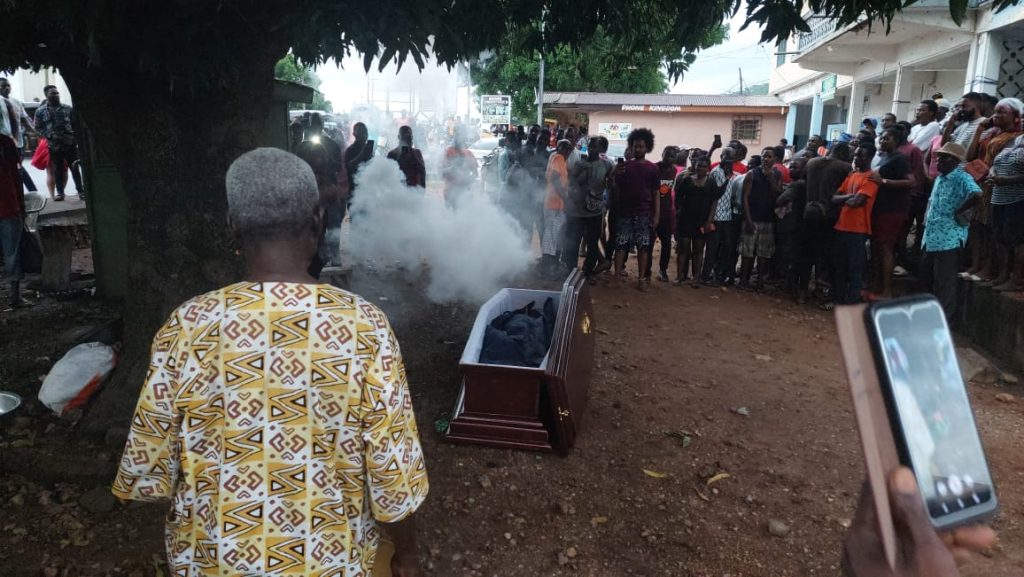 The performance of the rites attracted an appreciable gathering who expressed shock at what had happened. 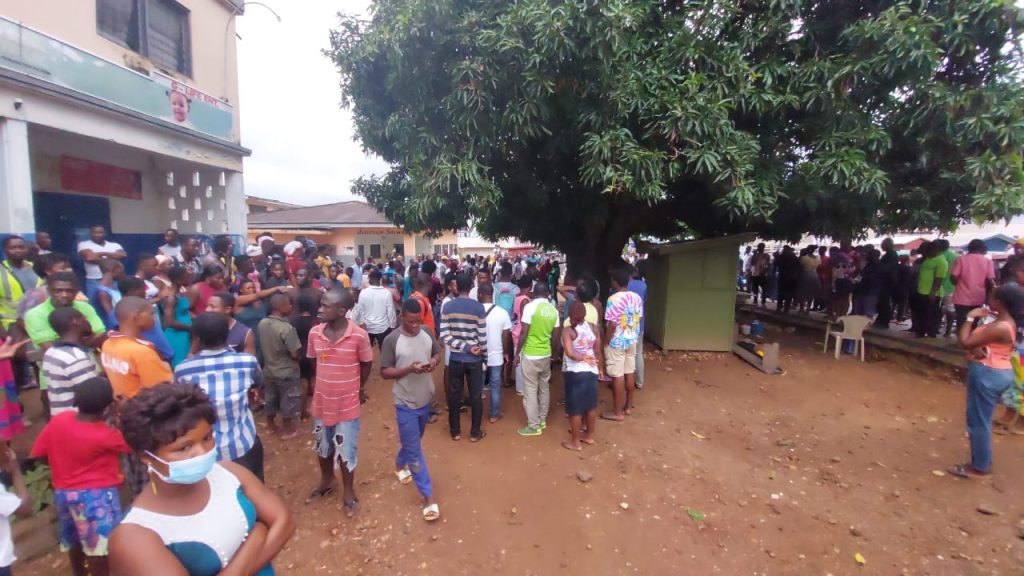 After all, was said and done, the body of Emmanuel Torli was conveyed for burial at Sokode Bagble in the Ho Municipality of the Volta Region. 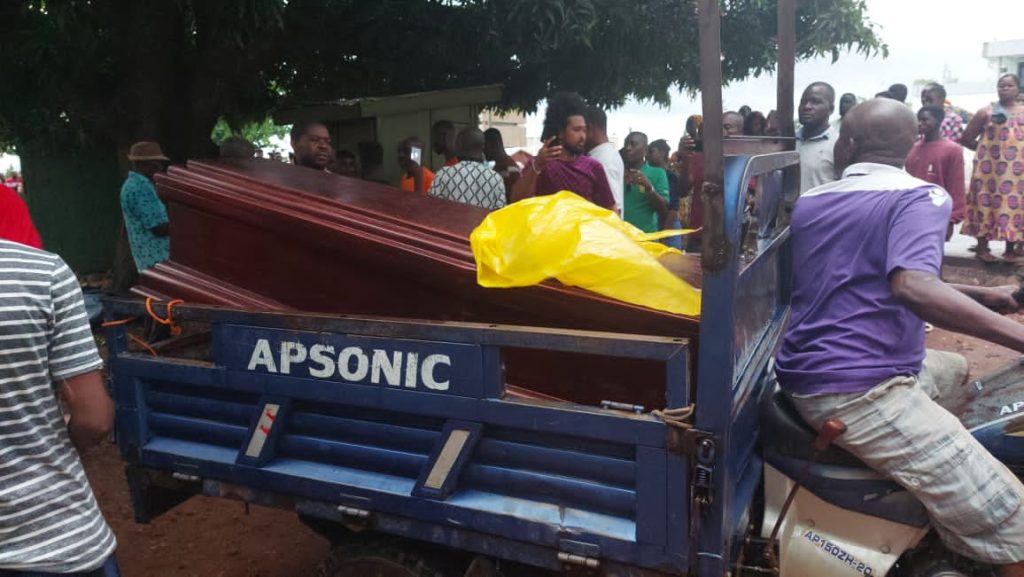 Let’s fight poverty and not each other – Bawumia calls for...