Deputy Majority Leader, Alex Afenyo-Markin has expressed outrage at what he considered a mis-reportage of comments he made on the floor yesterday regarding the evacuation of Ghanaian students from Ukraine.

Mr. Afenyo-Markin is reported in some media and online portals as having said that the government needs the controversial E-levy in order to evacuate the students.

Mr. Afenyo-Markin has however denied making such a comment and demanded that the media houses retract or pull down the publication and render an unqualified apology to him. He said he will advise himself if the said media houses fail to do the needful.

The comment from Mr. Afenyo-Markin generated interest among other members who also complained about misreporting in the House.

Some demanded that the journalists who misreported the Deputy Majority Leader must be referred to the Privileges Committee.

However, the Deputy Minority Leader, James Klutsey Avedzi says it may not be accurate to blame the journalists entirely. According to him, the comments made by Mr. Afenyo-Markin could be interpreted as reported.

The Deputy Majority Chief Whip, Habib Tinjani called the media to be circumspect in their reportage and be fair and accurate at all times.

The Minority Chief Whip, Alhaji Mohammed-Mubarak Muntaka called for a review of the recordings of the proceedings in order to ascertain the accuracy of the reportage.

The Second Deputy Speaker, Andrew Amoako Asiamah who was presiding, also advised the media to be accurate at all times.

He directed that the video recordings and official report of yesterday’s proceedings be reviewed to come to a determination of what exactly Mr. Afenyo-Markin said in order to know the way forward. 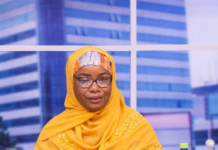