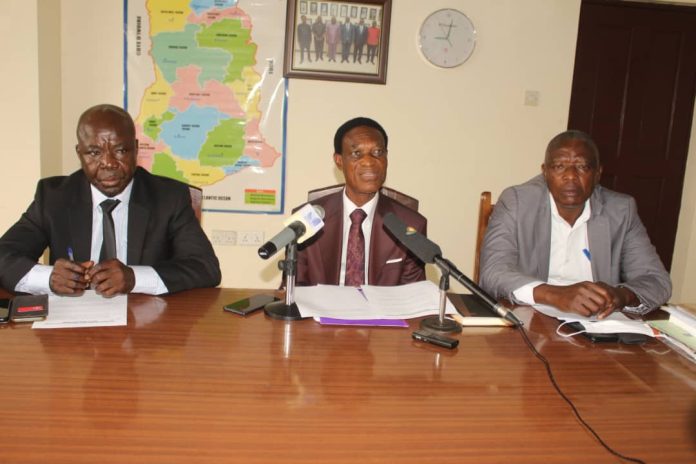 The General Secretary of the Industrial and Commercial Workers Union, ICU, Mr. Morgan Ayawine, has commended the government for its commitment to revamp the Neoplan Company in Kumasi under the 1D1F policy.

President Akufo-Addo during his recent tour of the Ashanti Region, announced plans to retool the company whose production halted as a result of inadequate resources, consequently affecting the strength of the company’s human resource.

“We received the information concerning the revamping of Neoplan Ghana Limited with joy, in the sense that it has been a long struggle by the Industrial and Commercial Workers Union dating back to 2018 when the Union petitioned His Excellency the President of the Republic of Ghana and urged him to re-capitalize Neoplan Ghana Limited and make it viable” Mr. Ayawine stated.

Mr. Ayawine noted that the company, established in 1974 through a Ghana/German cooperation with the objective of manufacturing and assembling buses to augment the Country’s transportation system, at its peak, employed about 800 workers, which unfortunately has tumbled down to just 50 staff.

In the past, Neoplan Ghana could produce 12 buses in a month but the story is different today. The situation is that bad, with no production taking place as the few workers now go to work and sit idle without work at both the Kumasi and Accra depots.

Mr. Ayawine, was speaking to the media in Accra on how the ICU received the President’s announcement to revive Neoplan-Ghana.

The ICU General Secretary appealed to the government to extend the gesture to other companies suffering similar fate. These include the Produce Buying Company Limited PBC, National Investment Bank, NIB and VALCO.

“Time without number, the ICU has petitioned the government to come to the aid of institutions such as The Produce Buying Company Limited, National Investment Bank, VALCO and some textile Companies such as Volta Textile company and Akosombo Industrial Company. Revamping such companies will help address the issue of unemployment in the country.” he emphasized.

He added “we as a National Union believe that government has instituted deliberate policies to deal with the unemployment menace in the country and we think that the revamping of these organizations, including Neoplan-Ghana Limited, is in the right direction. The ICU will urge the government to stay the course on its commitment and the decision to address the unemployment situation in the country, by recapitalizing the companies instead of wanting to cut down on staff at work places.”

Mr. Ayawine assured the government of Ghanaian workers’ commitment to work hard to ensure that investments made by the government in Neoplan Ghana Limited and other companies yield profits, through improved productivity.

GBC funds for nine-year-old with cancer