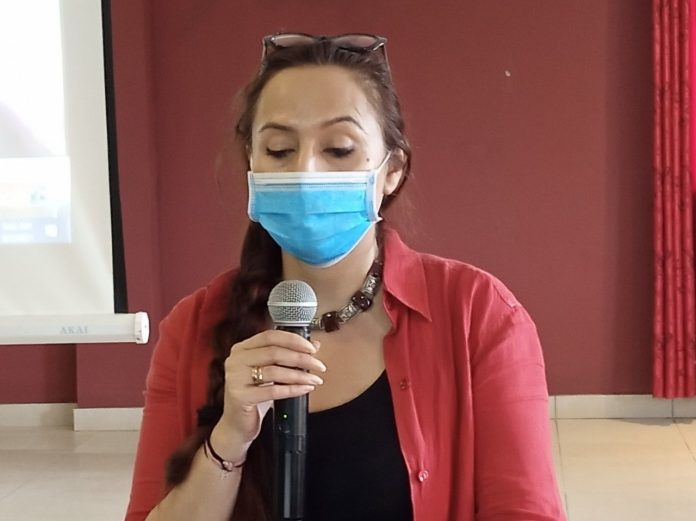 The International Organisation for Migration (IOM) has appealed to Ghanaians to support the successful reintegration of migrant returnees into the Ghanaian society, under its European Union-IOM joint initiative.

The EU-IOM joint initiative enables Ghanaian migrants who decide to return to Ghana to do so in a safe and dignified way, in full respect of human rights standards.

Madam Pooja Bhalla, the Project Manager, EU-IOM joint initiative, who made the call said the project had since 2017 assisted 1,847 migrants’ returnees into the country.

Speaking at the opening session of a five-day training workshop on Standard Operation Procedures (SOPs) for the re-integration of returnees underway at Abesim, near Sunyani, Mad Bhalla said over 600 of the returnees were benefiting from the reintegration support.

She explained the SOPs marked a very important step to provide sustainable reintegration of returnees, enhance referral of returnees to existing structures and advance migration governance in the country.

The workshop, organised by the EU-IOM joint initiative is being attended by key actors and stakeholders in the migration sector, including security services, National Disaster Management Organisation (NADMO), and Civil Society Organisations and other actors.

Mad. Bhalla indicated migration had emerged as a key global topic in recent years and reflected in the adoption of the Global Compact for Migration (GCM), adopted by more than 160 countries including Ghana in December 2018.

“The Global Compact is framed consistent with target 10.7 of the 2030 Agenda for Sustainable Development in which Member States committed to cooperate internationally to “facilitate orderly, safe, regular and responsible migration and mobility of people, including thorough implementation of planned and well-managed migration policies”, she said.

Mad. Bhalla said the IOM considered that the global compact on migration process presented the international community with a watershed opportunity to make a crucial contribution to global migration governance.

She said the reintegration of returning migrants was also embedded in the 2030 Agenda for Sustainable Development as defined by the UN Summit of September 2015, adding, reintegration assistance contributed directly to SDG Target 10.2.

The SDG target 10.2 empowers and promote the social, economic and political inclusion of all, irrespective of age, sex, disability, race, ethnicity, origin, religion, economic or other status by supporting returnees in their economic, social and psychosocial reintegration process in their countries of origin and communities to which they return.

For many years, she explained the IOM had been implementing return and reintegration programmes in several countries which were based on a migrant centred approach that ensured they were returned in an orderly and safe manner with respect to their dignity and human rights.

Mad Bhalla expressed the hope the government and all stakeholders would find the SOPs training relevant, informative, useful and would work towards their integration into their daily work as the nation worked closer to fulfilling the SDG target of enacting the “well-managed migration policies”.

He lauded the project and commended the implementers for the training workshop which would empower participants to contribute significantly to achieve desirable results.