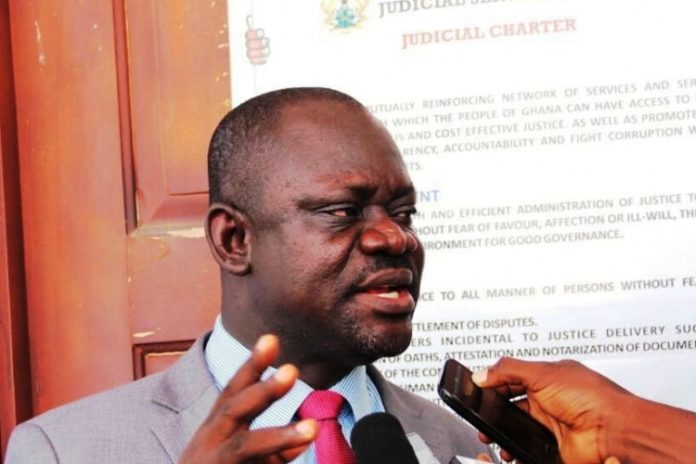 The Judicial Service Staff Association of Ghana, JUSAG, has given the government 2-weeks to increase salaries of its members or it will take steps to seek their welfare.

Speaking at an Executive meeting, the National President of JUSAG, Alex Nartey, said the government has delayed in assenting and implementing the Judicial Council’s decision on members’ salaries and other allowances which have been in limbo since January, 2021. The focus of the Judicial Service Staff Association of Ghana is to promote and protect the economic and social rights of its members and also preserve the good name and image of the Judicial Service.

Per article 149 and 158 of the 1992 Constitution as well as the Supreme Court’s decision in the JUSAG case, the Judicial Council has the mandate to determine the conditions of service of the Staff, subject to the approval of the President of Ghana, to determine the salary and other allowances for staff of the Judicial Service.

Speaking at the National Executive Council meeting of the Association in the Bono Regional Capital, Sunyani the National President of JUSAG, Alex Nartey stressed that should the government fail to favourably respond to their legitimate demands, they will have no option than to advise themselves accordingly.

He added that the government is fully aware that they are due for salary revision but they have been patient enough because they know the importance of their work.