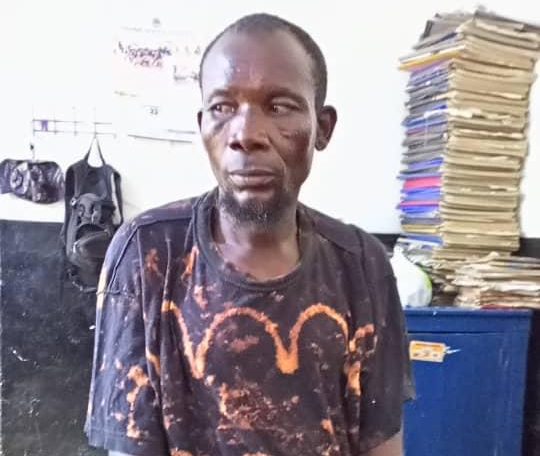 The Police say they have arrested the key suspect in the Wa murder case.

Suspect Kankani Adongo, was arrested on 19th September, 2022 at Bamahu, a suburb of Wa after extensive collaboration between the Police and Community search parties.

The suspect is in custody and will be arraigned before the Court to face justice, Police noted.

Meanwhile, the government, through the Ministry of the Interior, has expressed condolences to the families of killed persons in Wa and gave the assurance that the security agencies will fight relentlessly to bring the menace to an end.

“I want to express, on behalf of the President and the people of Ghana, my condolence to all families who have lost their loved ones and that our thoughts are with them,” Mr. Ambrose Dery, the Minister of the Interior, has said.

The Minister said the police service was in control of the situation and that investigations into the incidents were ongoing and the culprits would be apprehended and be made to face the law.

Mr Dery, who said this when he called on the Paramount Chief of the Wala Traditional Area, Naa Fuseini Seidu Pelpuo IV, on Monday during his visit to the region said, “I am assuring the Wa Naa and his people that the security agencies are so far up to the task.”

While commending the people of Wa for their support to the police service in the municipality, the minister admonished them not to usurp the role of the police by meting out instant justice to suspects saying, “Let no one take the law into his own hands, let the rule of law reign.”

He appealed to the people in the municipality to surrender vital information to the appropriate security agencies towards fighting the menace of serial killings and missing people in Wa.

Mr Dery also gave the assurance that his outfit, and for that matter the government, was committed to strengthening the human resource and logistical capacity of the security agencies to help improve the security situation in the region, especially the Wa Municipality.

Naa Pelpuo IV acknowledged the assurances by the minister and expressed hope that the assurance would not be a mere rhetoric.

“What we will ask for is that the assurance will really happen. It will not be one of the cases, where we will term it as just Ghanaians being noted for giving strong wordings and statements when issues of this nature arise,” he said.

“Over the past few weeks, the people of Wa have not known peace and it is really unfortunate that the people will be going through such,” the chief indicated, and prayed that the minister’s visit and interventions would yield positive results.

Naa Pelpuo observed that the expectations of the people in the traditional area were that the police would apprehend the perpetrators of this heinous crime against innocent lives and be made to face the full rigours of the law.

Meanwhile, the Inspector General of Police (IGP) is also in Wa to assess the situation and to see how best they would come together to solve the mystery killings.