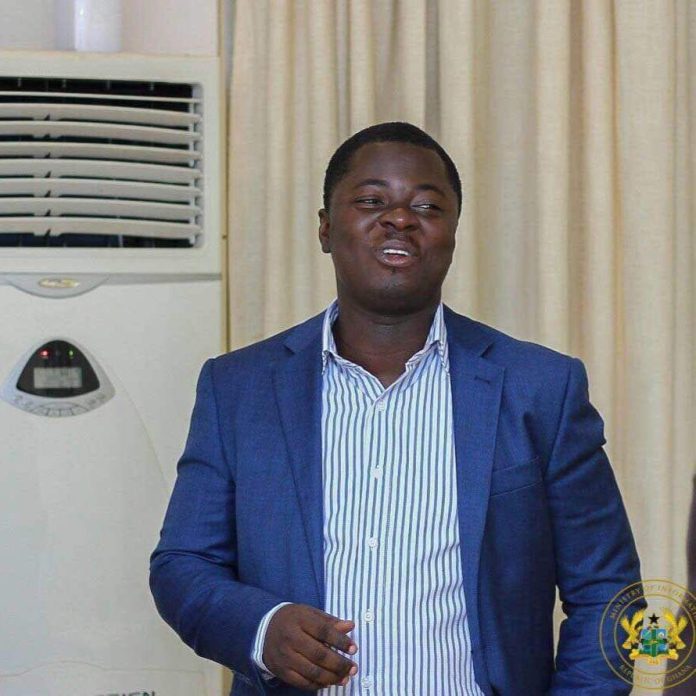 President Akufo-Addo has appointed the Deputy Director of Communication at the Presidency, Kofi Baah Agyepong, as acting Chief Executive Officer of the Youth Employment Agency, YEA.

He takes over from Mr. Justin Kodua Frimpong, who resigned following his election as the General Secretary of the New Patriotic Party (NPP).

A letter signed by the Secretary to the President, Nana Bediatuo Asante said the appointment takes effect from August 10, 2022.

The President’s Secretary requested Mr. Agyepong to “indicate acceptance or otherwise of this appointment within 14 days of receipt of this letter.”

Mr Agyepong is a graduate of Africa University College of Communications where he earned a Bachelor of Arts Degree in Communication Studies.

He is a graduate of Leicester University in the UK, where he obtained a Master of Arts degree in media and public relations.

As a qualified, university-trained journalist, he was a prolific writer for the Graphic Sports newspaper in Ghana and the Guardian in the UK.

He is a member of the Public Relations and Communications Association (PRCA), which is the world’s largest professional PR body.

He is a well-known personality in the Ghanaian media and a political communication consultant.

He is the longest serving deputy communications director of the New Patriotic Party, NPP.

Until his appointment, he served as the Deputy Director of Communications at the office of the President.

He is from Offinso North constituency of the Ashanti Region. 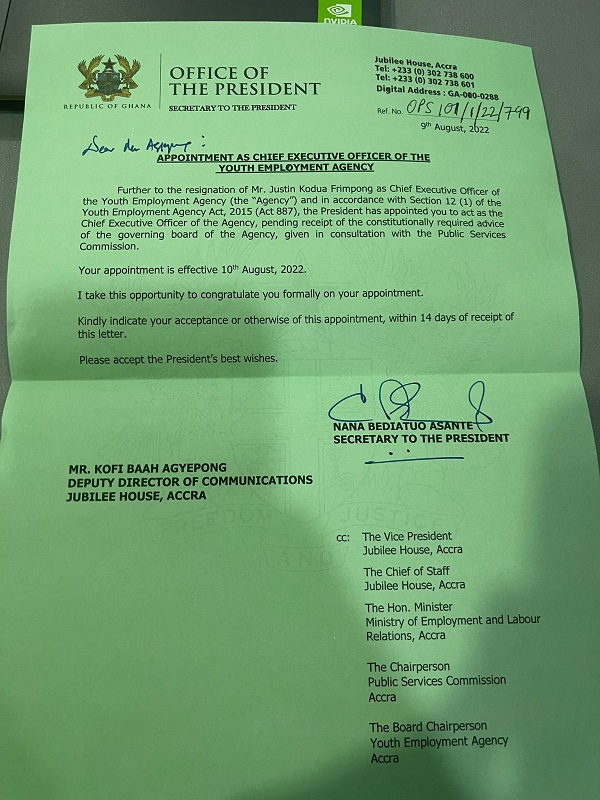