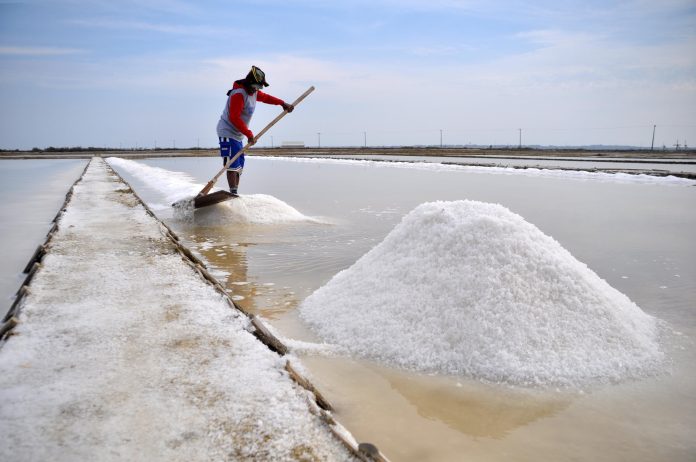 The Minerals Income Investment Fund will this year focus its investment on industrial salt production.  The move, according to the Chief Executive Officer, Mr. Edward Nana Yaw Koranteng, will boost the supply of industrial salt to feed the country’s booming oil and gas industry. Mr. Koranteng announced this during a media engagement in Kumasi, as part of a familiarization tour of mining companies and stakeholders in the Ashanti Region.

The Minerals Income Investment Fund was set up to manage the equity interests of the Republic of Ghana in mining companies, to receive mineral royalties and other income due to the Republic from mining operations, and to provide for the management and investment of the assets of the Fund. The intent of its existence is to serve as a strategic lever for the economic transformation of the country.

Some of the initiatives introduced by the Minerals Income and Investment Fund include small-scale mining incubation strategy, mineral marketing strategy, which is to buy gold as part of Investments, and development of the non-gold sector such as quarrying. As part of a nationwide tour of mining companies and their stakeholders, the management of the Fund visited the Ashanti Region communities to identify some of the challenges facing the industry, especially in the payment of royalties. Some of the areas visited include Obuasi and Amansie. The Management of the Minerals Income Investment Fund led by the Chief Executive Officer, Mr. Edward Nana Yaw Koranteng also held an interaction with the media in Kumasi.

Mr. Koranteng said the Fund is working towards becoming the biggest mineral fund for the mining industry in Africa in the nearest future.

Highlighting some of the investments the Fund is considering, he indicated that GHC 60 million will soon be pumped into small-scale mining in the form of machinery to help develop the sector into a mid-tier fully owned Ghanaian mining company which will impact the entire mining value chain.

Mr. Koranteng also announced that Ghana has the potential to produce industrial salt for the oil and gas industry this year. Minerals Income Investments Fund will focus its interest on this non-gold resource.