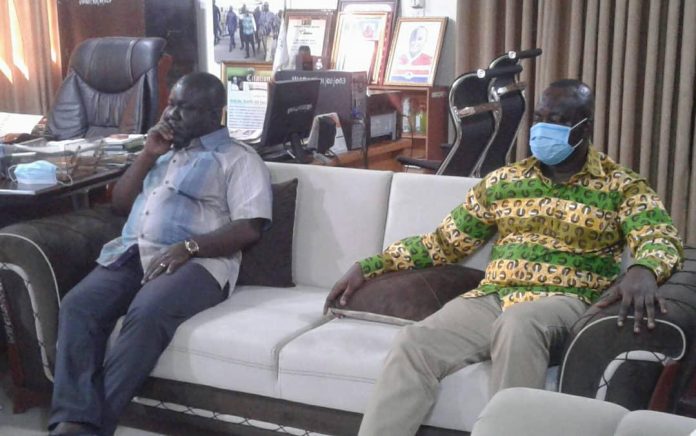 The Minister for Transport, Mr Kweku Ofori Asiamah, has assured the chiefs and people of the Upper West Region that he would work to surmount the challenges obstructing the smooth operation of the Wa Airport.

He said the airport had opened the region for businesses and shortened travelling hours from Wa to Accra and served as transit point for people travelling to neighbouring Burkina Faso, hence the need for swift action to be taken to revive its operation.
Mr Asiamah gave the assurance in Wa when he paid a working visit to the region to ascertain the challenges at the airport and to familiarise himself with the region.
The Africa World Airlines (AWA) aborted commercial flights to the Wa Airport since March 30, 2020, due to a telecommunication mast around the airport that impeded smooth landing of the flights.
“We cannot allow the interest of one individual or organisation to risk the lives of the passengers. There are already many accidents on our roads and we will not allow air crash to add-up,” Mr Asiamah said.
He indicated that government was committed to providing decent services to the people while ensuring that their safety was guaranteed as far as air transport was concerned.
He said though there were other challenges at the facility such as the apron being small, AWA could still operate if the issue with the mast was solved.
The minister said he would collaborate with the owners of the telecommunication mast to ensure its removal to pave way for smooth operation of the airport.
According to him, the telecommunication company failed to comply with an earlier directive to remove the mast within a stipulated time, but that he would do everything possible to get that mast removed.
Dr. Hafiz Bin Salih, the Upper West Regional Minister, observed that the absence of commercial flights to and fro the region had been a concern, not only to politicians but to the chiefs and people of the region.
He said it had negatively affected the growth of businesses, the Regional Hospital and the SD Dombo University for Business and Integrated Studies (SDD-UBIDS).
He noted that the interest of the people of the region surpassed that of an individual or a company, and expressed hope that the minister’s intervention would help solve the challenge to enable commercial flight operation to the region to resume.
The Aviation minister also called on the Overlord of the Waala Traditional Area, Wa Naa Fuseini Seidu Pelpuo IV and was accompanied by Director General and staff of the Ghana Airport Authority, the Ghana Civil Aviation Authority and staff of the Transport Ministry.